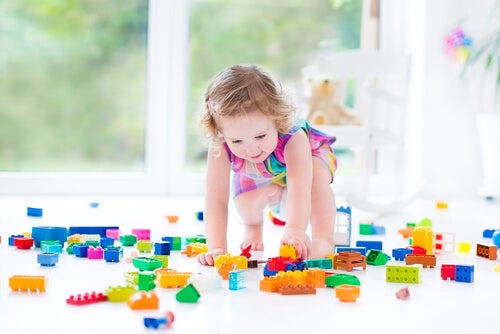 Have you ever noticed the psychological benefits of LEGOs?

LEGOs have become one of the world’s favorite toys because they allow us to explore the vast territories of our imagination.

A famous Danish brand that was founded in 1932, LEGO was dedicated to producing wooden toys until 1942, when it started producing plastic toys.

The name LEGO is an abbreviation of two Danish words: Leg and Godt. The meaning of these words is “play well.” Over the years, the LEGO company has produced various toy lines, such as LEGO Hero Factory, Bionicle and Exo-Force.

It also has numerous agreements with franchises such as Indiana Jones, Harry Potter and Star Wars.

For children, the psychological benefits of LEGOs can be derived from the generation of ideas. According to psychiatrist María Teresa Mata, the free construction of diverse objects through LEGOs has very positive effects, one of which is the development of emotional intelligence.

In addition, they contribute to psychotherapy. Playing with LEGOs can influence a child’s ability to externalize beliefs and emotions. Many children today enjoy putting together these various interconnectable pieces (LEGOs) to form various objects.

Below we’ll talk about the incredible psychological benefits of LEGOs for children, which are more interesting than you might imagine.

The psychological benefits of LEGOs for children can be addressed from different points of view:

LEGOs as a work tool

LEGO is a well-known trademark and is being used by various companies and psychologists, since excellent benefits are derived from their use.

When used as a work tool, LEGOs allow us to represent ideas and generate a lot of information in a dynamic way.

LEGO as a serious play method

LEGO has established the LEGO Serious Play method, which offers many benefits in relation to solving life’s daily problems.

Playing with LEGOs promotes emotional intelligence, such as the ability to achieve objectives and project challenges. It also promotes imagination and expression.

According to the same psychiatrist mentioned above, playing with LEGOs allows us to establish higher-level connections. What does this mean?

When pieces are put together, creativity and imagination are combined with manual work. This facilitates various mental processes that are related to communication.

An observer can gain deeper insight about the individual who creates objects from these bricks. When this construction technique is transferred to a work team or to the family, it allows us to understand the way an individual perceives the world. Thus, a greater dialogue is achieved.

Messages are perceived a priori

In other words, when using LEGOs, messages are received through the association of ideas and creativity, which couldn’t be observed otherwise.

Thanks to this, information can be obtained from the individual that, in other cases, goes unnoticed. In fact, it is thanks to these messages that effective solutions can be found.

These are just some of the psychological benefits of LEGOs in children. It should be noted that the use of these bricks does not necessarily have to include the development of children’s emotional intelligence.

Many companies today recognize the benefits of LEGOs in the work place; adults too can take advantage of these plastic figures.

Since its inception, LEGO has been revolutionizing the way we see things since childhood. The company expanded so much over the years that it also opened a factory in Mexico. This has allowed its expansion throughout Latin America.

When conducting intelligence training through free construction, the psychological benefits of LEGOs flow through the individual. You can complement creativity with problem-solving by gradually building LEGO figures.

LEGOs have been used by children and adults around the world for more than 80 years, and their psychological benefits must not go unnoticed.

Link copied!
Interesting Articles
Social environment
What Is the Sociology of Education?