Being a Pushy Mom Can Make Your Children More Successful 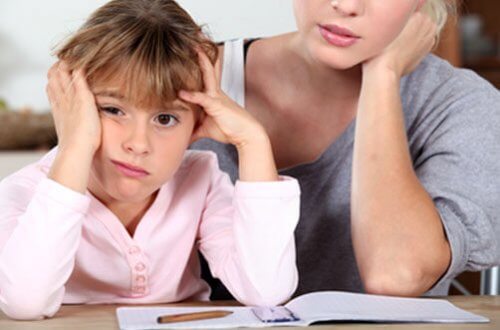 Being labelled a pushy mom has its upsides. We’re not just trying to make you feel better: there is scientific evidence for this.

Two studies by the University of Essex in England show that pushy moms help raise their children to be successful people, who know they are capable of facing any challenge that comes their way.

Mothers who constantly enforce discipline and have strict norms that guide the way they raise their children often end up being called pushy. The same is true for those who have high expectations for their kids.

However, this form of childrearing can help their children grow up  to become independent. Children of “pushy” moms are capable of setting big goals – and achieving them.

All that I am, or hope to be, I owe to my angel mother.

Is it good to be a pushy mom?

Yes, it is. And science supports this result, with two recent studies from the University of Essex. The most recent of these, applied to over 1,000 girls and boys aged between 13 and 14, concluded that children of strict and demanding moms are more successful. This happens because they grow up with clear limits and rules.

The other study, which took place from 2004 to 2010, allowed scientists to follow the lives of 15,500 girls aged 13 to 14. The results showed that the daughter of a pushy mom – one of those who always makes sure her daughter does her homework – has a higher chance of graduating from university.

This research tells us that daughters of pushy moms are capable of living up to their parents’ expectations. Having graduated from university, they are more likely to earn a better salary.

In fact, the study explains that daughters of mothers who had higher standards of behavior and expected more from their children were also more likely to get into better universities, and to earn higher salaries.

Higher qualifications help protect young people against unemployment and low pay when they get a job. This group of girls was also less vulnerable to teenage pregnancy, avoiding all the setbacks that can come with an unplanned baby early in life.

The study shows that the positive effect of having a pushy mom on teenage behavior is even more noticeable than the academic impacts. Teenagers often don’t have friends or teachers to fill this role.

So, whatever your child may think now, having a pushy mom is not so bad in the long term.

The discipline of the Tiger Mom

If there is one kind of parent who tends to be pushy or strict, it is Chinese parents. In fact, the author of an article in the Wall Street Journal looks at the question: why are Chinese mothers superior?

The author comes to the conclusion that the secret of their success is discipline and high expectations.

This argument is backed up in the book Battle Hymn of the Tiger Mother. In this memoir, Amy Chua, law professor at Yale, writes about raising two daughters: Sophia, 18, and Louisa, 16.

Both daughters grew up studying multiplication tables for six hours a day. Television is a rare treat. They don’t have permission to sleep over at a friend’s house or to spend time on useless hobbies. They are not allowed to get any grade other than an A.

Chua’s method allows children to learn only two instruments: either the violin or the piano. It does not leave much time for relaxation, except for sleep. For moms in this culture, leisure must be strictly limited, to avoid wasting valuable learning time.

The story of this tiger mother became an instant bestseller. It also reveals the opinion of this Asian mom about schools: that by trying to make learning fun, they end up making parents do all the work.

So, if you want to raise a successful child, people probably will say that you’re a pushy mom. Let them: this just means that you have high expectations from your children.