What Is the ABN Method for Learning Mathematics?

The ABN method to learn mathematics helps children learn to do calculations at a very early age, and lose their fear of this subject. 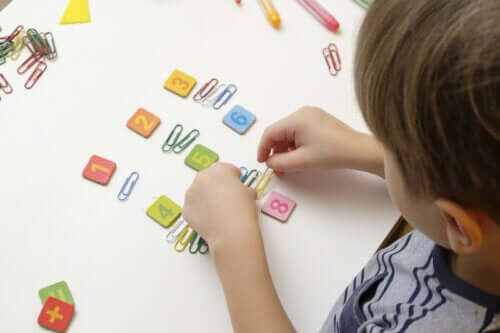 The ABN method is one of the most interesting methods for children to learn math. This is a subject that, for many children and their parents, is a complex battlefield because the children don’t like it and don’t understand it.

Jaime Martínez Montero created this method and it’s expanding rapidly. It’s growing by leaps and bounds thanks to its use of algorithms based on numbers, hence its name.

What is the ABN method?

The ABN method promotes mental math. For this, you use everyday objects, such as chopsticks, clothespins, beans, and buttons.

As we already mentioned, this method was created by Jaime Martínez Montero who is a doctor in Educational Sciences and Philosophy. This method proposes an open structure on a training base that’s made up of hundreds of units that children can use with total freedom.

In other words, this method is based on children finding the same mathematics objective through other alternative paths, in a way that’s easier for them.

When to start and how it works

The ABN method for children to learn mathematics is designed for young children to start at 3 years old. For this, it’s best to adapt the content for a younger age so that they learn the method fully by the time they enter primary school.

However, this isn’t a method just for use at school. You can also use this method at home or in any environment. In fact, one of the main benefits is that children can use everyday situations and manipulable materials to make calculations. That’s why any time and place is good for them to do some math.

Let’s also remember that children learn to think in numbers instead of figures. As a result, since 2008, when it was implemented in certain schools, people began to use it in a school environment and this spread through several Spanish-speaking countries. This is because it offered very good results for children’s mathematical skills.

Once children start using the ABN method and internalize it in a totally autonomous and intuitive way, the little ones will use it for any calculations they need.

Benefits of the ABN method

The ABN method of learning mathematics has many benefits for children working on this subject. Let’s see some of the most important details:

About the ABN method of learning mathematics

The ABN method is becoming more popular among teachers and is very useful for children to enjoy learning mathematics. Math can be incorporated into any element of the day, from counting how many friends you have to the colors of the rainbow. In other words, this is a very simple method for all kinds of young children. Therefore, from very early on, they’ll see math not as a problem, but as something fun.

5 Children’s Apps for Learning Math Through Play
Today, we'll tell you about 5 apps for learning math through play to help children go over what they learned over the school year. Read more »
Link copied!
Interesting Articles
Raising a child
How to Explain the Water Cycle to Children