How Does It Benefit Your Child to Believe Their Wishes Will Come True?

The child who believes that their wishes will come true undoubtedly trusts their own abilities and the opportunities life has to offer. 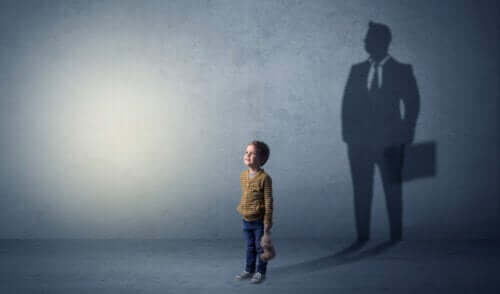 If anything characterizes childhood, it’s hope, innocence and faith. Children have a pure mind and a developed imagination, and, for them, everything is possible. So, is it good for them to believe their wishes will come true?

It’s common to observe young children making a wish before they blow out the candles on their birthday cake, when throwing money into a well or pond, or simply lying in their bed before going to sleep. And, besides that, they ask with the absolute conviction that their wishes will be fulfilled.

To us adults these actions are sweet, but naive, because, of course, we’ve already developed logical thinking. However, in doing so, we’ve also lost much of the confidence that children have in themselves and in the world. So, let’s help our children tap into this potential to develop their most positive personality traits.

Despite the irrationality of the belief, being sure that our wishes are going to come true enhances two of the most important qualities highlighted by positive psychology: self-esteem and optimism. Knowing that what you want to happen will happen implies trusting that you have everything you need to achieve it, and that the world is full of possibilities.

It has been widely demonstrated that people who possess these two characteristics are happier and more successful. They face life with greater vitality and determination, and are able to manage failure in a more productive way. Trust is the engine that drives us to work for our dreams.

Trust is the engine

Let’s take an example. It’s the beginning of the school year and two children have the same desire: to win a medal in a gymnastics competition. They’re both equally capable and fit, but one of them firmly believes that their wish will be fulfilled and the other one doesn’t. Their belief will lead them to act in very different ways and obtain very different results.

If they don’t pass the tests to enter the team, the first one will continue working to improve their skills and will keep going. The second one, however, will give up and will be convinced that they’re not suitable for this sport. Or they may even feel that life is unfair and that they can’t do anything about it.

Or, in another scenario, let’s imagine that both were accepted for the team. Their respective attitudes will continue to influence their behavior and actions. The first child will participate in the training with passion and enthusiasm. For them it’ll be a fun activity that’s bringing them closer to achieving something they already know they’ll obtain.

The second child, however, may be overwhelmed by pressure and insecurity, and feel the pain of not being good enough for the team.

Now, let’s imagine they’re actually competing, but that neither of them obtains the prize they were hoping for. While the second child will feel paralyzed by the failure, the other will find the motivation they need to learn from their failures and continue.

So, at the end of the year, the child who kept trusting in their abilities will probably achieve the prize. Meanwhile, the other one may have taken themselves out of the sport completely, or may just practice it with less hope and more fear.

The one who believed that their wish would be fulfilled saw it come true. But not because they asked for it when they blew out those candles on the cake. It was because their conviction led them to believe in their own abilities and to seek and create the opportunities.

This success will also confirm their belief that they’re able to achieve whatever they set out to do. They’ll feel that this world is a kind and trustworthy place, and that their wishes really can come true. It’ll give them a sense of control over their own life that’s essential to good emotional health.

On the other hand, the child who didn’t achieve their goal will retain their initial idea that they don’t have enough qualities and that they have no control over what happens. As a result, they’ll develop a defeatist and conformist attitude that’ll generate feelings of unhappiness and helplessness.

The difference between success and failure often lies in our ability to believe that achievement is within our reach. Therefore, if your child makes wishes, then feed their conviction.

Encourage them to believe, to trust in themselves, and to face life with optimism. Over the years, not all dreams will come true, but facing disappointment with strong self-esteem and deep-rooted optimism will help your child succeed.

Mom, Teach Me to Fight for My Dreams
Mom, I just want to ask you a favor: Teach me to fight for my dreams. Show me the importance of pursuing ideals. Of embracing my ideas with passion. Of forging convictions with the strength of my hope and enthusiasm.  Read more »
Link copied!
Interesting Articles
Emotional education
Solomon Syndrome in Children: What Is It? How Can You Avoid it?

Emotional education
Why Some Kids Try Harder Than Others

Some kids try harder than others. Even if you raised them in the same way and with the same values,…