4 Movies to Build Resilience in Children

Resilience isn't an ability that children are born with. It's something that can and should be built. In this article, you'll discover how to build resilience with movies. 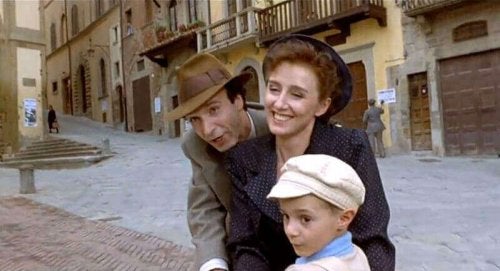 Children have the ability to overcome problems and cope with stress. Resilience is the ability to recover from stress, adversity, failure, challenges, or even trauma. Today, we’ll talk about some movies to build resilience in children.

Resilience isn’t something that children have or don’t have – it’s a skill they develop as they grow. Children with this ability are better able to cope because they aren’t afraid to live up to expectations.

Resilient children are curious, brave, and are more self-confident. They know their limits and strive to leave their comfort zone. This helps them achieve their long-term goals and solve problems on their own.

We can say that resilience is the ability of humans to face and overcome crises.

How to build resilience in children

It’s important to instill these attitudes in children and help them develop them when they face a problem or difficulty. If you teach children to deal with difficulties this way, you’ll instill the ability of resilience in them.

The following movies tell stories of achievement and optimism and address the key issue of the importance of fighting for what you believe in. They can help build resilience in a fun way.

4 movies to build resilience in children

Roberto Benigni portrays the optimistic owner of an Italian Jewish bookstore, Guido Orefice. Benigni’s character manages to stay optimistic despite the tragedy that he faces. The story is partly based on the real experiences of Rubino Romeo Salmoni, a Jew who managed to survive the Nazi Holocaust.

The Pursuit of Happyness, one of the films to build resilience

The Pursuit of Happyness is a film based on Chris Gardner’s life. In 1981, Gardner (Will Smith) tries to support himself and his five-year-old son, Christopher (Jaden Smith). Life doesn’t make things easy for him.

Although adversity comes knocking at their door, both father and son teach us that, with perseverance and love, people can face adversity and achieve their dreams. Gardner never seeks to evoke pity in others. Will Smith was nominated for an Oscar and a Golden Globe for Best Actor due to his great performance.

Billy Elliot is an 11-year-old boy who lives in a mining town in northeast England in 1984. In the movie, Billy rides the wave of curiosity, letting his instincts guide him. But he feels that dancing isn’t socially accepted.

He faces many difficulties along the way and with others, including his own family, but works hard and gives himself completely. He focuses on his positive emotions, which are more powerful than the negative ones. In the end, his family supports him and he reaches his goal: to be accepted into the Royal Ballet School.

In Brave, we meet Princess Merida, who’s a great warrior. Merida fights stereotypes and is a firm advocate of self-confidence. This is the first Disney-Pixar film with a female hero.

Princess Merida does what she wants, following her instincts. This makes her face all kinds of adversity. Although she encounters problems, Merida knows that the most important thing for her is to be able to decide her own destiny.

Conclusions on these movies to build resilience in children

These movies to build resilience are the perfect tools to instill this ability in children. Remember that it’s very important to show children that you believe in them. Also, you should avoid overprotecting them, let them fall, and teach them ways to pick themselves up and move on.

The Importance of Teaching Resilience to Children
Teaching resilience to children isn't just about looking at the bright side of things. Rather, it's about acquiring essential life skills. Read more »
Link copied!
Interesting Articles
Emotional education
Solomon Syndrome in Children: What Is It? How Can You Avoid it?