The Dangers of Hazing Among Young People

We know that, sometimes, to be part of a group, those who are candidates are subjected to all kinds of tests. In many cases, these tests are very humiliating and abusive. Find out more about the danger of the so-called hazing. 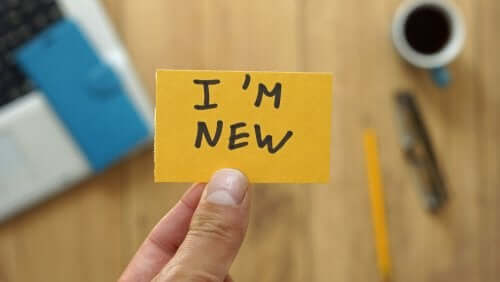 Hazing has always been around. It’s a worldwide practice among young people when receiving new group members. Its goal is almost always to “mock” or poke fun at the expense of another person. Unfortunately, the dangers of hazing is that the more humiliating, violent, and risky it is, the better.

Hazing, a need for acceptance and belonging

Hazing is a group phenomenon, an initiation ritual that generally takes place when we go to college. Nonetheless, it’s also common to do this in other school contexts, in the military field, in residential colleges, or in some fraternities.

The ultimate goal of initiation practices or rituals is to make a “toll payment” to those who want to be part of a group and have acceptance. This toll involves various tests that are decided by members who already belong to the group. They vary from subjecting the new member to hard physical tests, such as having them stroll naked through a public place, showering in cold water in winter, or receiving a good beating.

In the adolescent stage, young people need to feel accepted by their peer groups and, on occasion, they’re willing to do whatever it takes to be recognized and included in the group. The greater the need for acceptance, the greater the amount of hazing a person may be willing to take; even when it turns out to be excessive and with serious consequences, both physically and psychologically.

Additionally, alcohol intake is a common denominator in many hazing rituals. This is a factor that can lead to something truly dangerous; even more so than any other type of hazing, no matter how innocent it may seem. This is because, when people consume alcohol irresponsibly, they have a greater tendency to lose their sense of risk and danger.

Actions to avoid the dangers of hazing

To avoid the dangers of hazing, both in the family and in a school institution, it would be ideal to develop actions such as:

Hazing as a form of welcoming rather than attack

As we’ve said, both parents and educators must develop actions to make young people aware of the dangers of hazing. To do this, it’s important to be empathetic and put yourself in the other person’s shoes, considering that:

The Increase in Cyberbullying Among Adolescents
There has been an alarming increase in cyberbullying among adolescents in recent years. Today we'll take a closer look at this issue. Read more »
Link copied!
Interesting Articles
Emotional education
Solomon Syndrome in Children: What Is It? How Can You Avoid it?