Said's Journey is an animated short film that provides the opportunity to talk to children and adolescents about important issues and values, such as respect for other cultures. 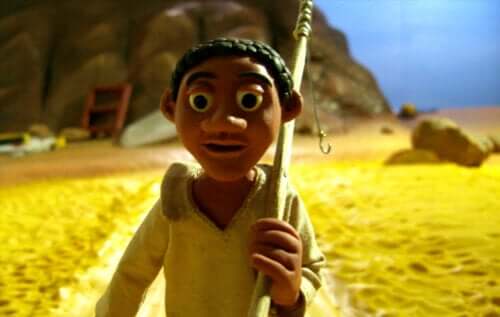 Said’s journey is a heartbreaking short film with a protagonist whose story will touch your soul. Through the dreamlike and the symbolic, this short touches on current themes of a much closer reality.

It received the Goya Award for Best Animated Short Film in 2007. Set in Morocco, the story follows Said, a boy who lives with his mother by the beach. We don’t know where his father is, but we learn that he left home to achieve a better life for his family.

The story transports us to one of Said’s dreams, where he travels to the land of opportunity, in this case, Spain. However, he mistakenly reaches what seems to be a fair. Instead of finding the land of opportunity that he expected, he finds himself in an unpleasant situation, more like a nightmare. A true fair of horrors.

How to watch Said’s Journey with children and teens

The background of the film shows a more adult character, more suitable for children over 12 years of age. However, we must include intercultural content in children’s education at an early age; not only because of the personal benefits it entails, such as the possible cultural skills that children can develop, but especially because of all the positive aspects it brings on a social level. For that reason, Said’s Journey is a good film to watch.

Said’s journey offers the opportunity to address fundamental issues such as cultural awareness and differences, as well as the personal and social wealth that guarantees us interaction and coexistence with other cultures.

Also, the film offers the opportunity to teach adolescents and children about values such as empathy, respect, social responsibility, and solidarity, through different activities such as:

The importance of intercultural education

Our societies are increasingly diverse and multicultural, as are our classrooms. And, ultimately, education needs to adapt to the current reality. To do this, teachers must be able to respond to the different needs of their students.

In this way, intercultural education plays a fundamental role in classrooms, because we can build a fairer and more equal society where discrimination doesn’t exist.

Animated short films, such as Said’s Journey, take us to different cultural realities and help us see through another person’s eyes and understand their situation. Thanks to this type of film, we can deal with topics that are very present and close to us in the classroom, and teach students to respect and embrace cultural differences.

What’s Intercultural Education?
Intercultural education should aim to teach people how to live with others and respect differences. Read on to learn more! Read more »
Link copied!
Interesting Articles
Emotional education
Teach Your Children Not to Take Things Personally