5 Disney Princesses who Teach Us About Equality

In this article, you'll discover a series of female characters from Disney films who prove that princesses can also teach us about equality. 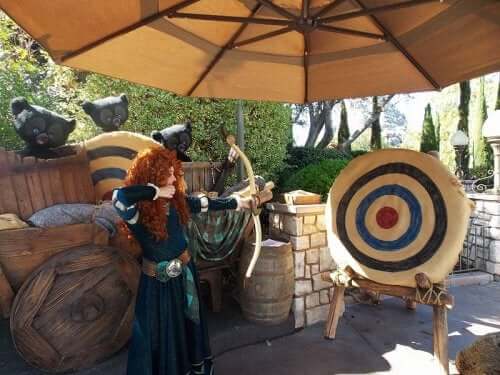 The message conveyed by Disney princesses has changed over time and its current essence is quite far from what it was originally. The concerns and obstacles manifested in princesses like Cinderella or Snow White have been transformed with the appearance of the new princesses. Read on to discover some of the Disney princesses who teach us about equality.

Disney princesses who teach us about equality

Pocahontas is a Disney movie that intends to promote racial tolerance, equality, and understanding. An important scene in the film that breaks Disney’s classic stereotypes is the first encounter between Pocahontas and John Smith.

The roles are exchanged in the film and Pocahontas becomes the “initiator” of the first meeting; the goal was to demonstrate equality between the two cultures. In the scene, Pocahontas and John Smith show weaknesses and strengths; with the intention of not showing racial superiorities and, thus, achieving a peaceful interaction.

Lastly, Pocahontas stands out for her diplomatic abilities to save her people and the ability to make her own decisions. At the end of the movie, she decides to stay home instead of leaving everything behind for love.

Fa Mulan is a Disney princess based on the Chinese legend of Hua Mulan. After the call to war of the Chinese emperor, Mulan decides to impersonate a man to be able to serve in the war against the Huns. By doing this, she takes the place of her sick father.

In the film, Mulan demonstrates that not only can she reach and match her male companions in physical abilities, just as she did in the camp, but she also manages to overcome them in ingenuity. Thanks to her skillful ingenuity, Mulan saves her companions from the Huns by using a rocket to cause an avalanche.

Mulan doesn’t only teach us about equality by demonstrating that a woman is perfectly qualified for positions that were traditionally considered masculine, but she also teaches us that a woman is capable of doing everything she wants if she has confidence.

However, as journalist Soren Hough mentions, Mulan’s story isn’t about a woman who becomes a heroine thanks to her physical competence. She emphasizes strength in femininity and ingenuity, not physical power.

“No matter how the wind howls, the mountain cannot bow to it.”

Merida (Brave, 2012), another Disney princess who teaches us about equality

Merida, the Scottish princess protagonist of Brave, strives throughout the film to dismantle the myth that a woman needs a husband to achieve a “happy ending.”

Brave, while teaching us that the courage and sensitivity of maternal filial love don’t have to be disparate, also shows a protagonist who breaks all the classic Disney stereotypes.

The search for a blue prince is no longer the goal of a princess, thanks to Merida. Through her ability with the bow, Merida teaches us that women can also play a role that movies usually assign to a male figure.

The film Frozen stood out for positioning the family love between two sisters ahead of the classic heterosexual romantic love that Disney usually presents.

Nonetheless, the character Anna also strays away from the stereotypical Disney princess by leading a dangerous journey to find her sister. Without a doubt, Elsa is the one who stands out for being one of the Disney princesses who teaches us about equality.

In other films, like Pocahontas, the princess already shows us her strength by deciding not to leave her home to give up everything for a man. In Elsa, this love interest doesn’t even arise, as in other princesses such as Moana or Merida.

Elsa appears as a powerful and independent woman. It’s true there are similar female characters in other Disney movies, but they’re usually alongside a really powerful male figure as well.

Nevertheless, in Frozen, Elsa is presented as the strongest in the entire kingdom. In this sense, it shows that women can also occupy the highest positions of power. Additionally, Elsa achieves all this without denying her femininity.

Without a doubt, Moana managed to break the mold of the classic Disney princess. Moana, the first princess from Polynesia, dreams of sailing and exploring the world. She becomes the chief of her town, venturing alone to save her people.

As a rule, films about heroes show us a male figure as the “chosen one.” Moana teaches us that the “chosen one” can also be a woman. Moreover, she can and should lead her people, a mission that men traditionally carry out. Furthermore, she’s not only preparing for leadership, but she’s really good at it too.

Just like other princesses, such as Elsa and Merida, Moana doesn’t have a love interest, which is so characteristic of the classical Disney princesses. However, what differentiates Moana is that the theme of romance isn’t mentioned throughout the film. Not even to minimize its importance, like Brave or Frozen.

Another feature that differentiates Moana from other films is that it conveys the message that men and women can simply be friends. Thus, the film shows us a friendship between a male and a female character of the same ethnicity and culture.

Jen Yamato, in his article The Revolutionary “Moana,” points out that, unlike other films with female protagonists, the supporting characters don’t question the competence of her gender. The film supports gender equality through the absence of definitive gender expectations.

Why are Disney princesses that teach us about equality so important?

Everyone knows the global reach of the Disney industry in the past decades and its strong influence on younger generations. Those of us who have grown up with Disney movies, now as adults, understand how important they have been and how much they mean to us.

Due to their social and generational impact, their characters, including the princesses, become a mass icon. Therefore, if we want healthy role models or icons for future generations, it’s essential to design princes and princesses that teach us values such as equality.

7 Disney Movies to See in 2019
From feline kings to ice yielding queens... From defenders of the earth to defenders of the galaxy, 2019 is packed with Disney movies for every crowd. Read more »
Link copied!
Interesting Articles
Responsibilities and values
5 Stories to Learn How to Save Money

Responsibilities and values
8 Ideas to Teach Children to Be Organized

While organization is important in adults' lives, it's even more important in children's lives. In fact, it's essential for proper…

Fostering empathy and friendship in the classroom is essential in order to achieve good relationships and strong bonds among students.…

Responsibilities and values
Mr. Indifferent: A Short Film About Helping Others

Mr. Indifferent is a marvelous short film – about three minutes longs – created and directed by Aryasb Feiz. In…