A Simple Explanation of Mendel's Laws

Mendel's Laws are the basis for explaining the inheritance patterns of living beings' genetic characters. His experiments are still taught in class as a basis before studying modern genetics. 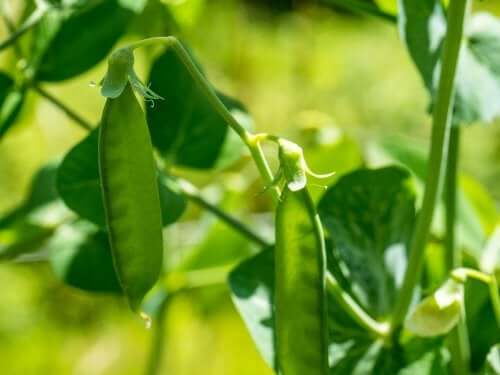 Gregor Mendel was an Augustinian monk from the mid-19th century. His ability to observe and his strict work methodology led him to develop the first theories about genetics, which he summarized in three laws. Mendel’s Laws are based on unusual research with peas that he planted in his garden. But how did a monk become the father of genetics?

He lived in St. Thomas’s Abbey in Brno, in the Czech Republic. There, in the monastery garden, he observed how different kinds of peas grew: green and yellow ones, and smooth and rough ones.

He saw that these characteristics (phenotypes) didn’t mix; they were either one or the other. So, taking advantage of how quickly they grew, he began to create hybrids of different plants to see what happened.

This law is also known as the principle of uniformity. What does it tell us? Mendel prepared a simple experiment. In his orchard, there were two varieties of peas: purple and white. Subsequently, he made several crosses between purple lines:

You’ll be wondering what the letters in brackets are. Well, they’re the pairs of genes that determine the color. Each character we observe corresponds to 2 genes, one from each parent. In the pure lines, both genes are the same; and in the hybrids, they’re different. That’s why, in the first generation that Mendel obtained, we’ve written Aa, even though it was also purple.

Now we’ll continue with the second of Mendel’s Laws. What experiment occurred to our gardener monk this time?

Mendel’s Second Law or the Principle of Segregation

Now that he had obtained hybrid plants (Aa), all of them with purple flowers, he thought that he would self-fertilize them. In other words, he would cross the Aa plants with themselves. The result of this second generation fascinated him: 25% were white plants, and 75% were purple plants.

What earned Mendel his nickname of the “father of genetics” was his brilliant (and correct) interpretation of the results that he observed.

We also mustn’t lose sight of the fact that when he performed these experiments DNA still hadn’t been discovered. It wasn’t until 75 years later that Watson and Crick would discover it.

At first glance, all purple flower pea plants seem the same. However inside their cells, in their DNA, is where we can find the difference and peculiarity that will lead us to Mendel’s next experiment.

Mendel’s Third Law or the Principle of the Independent Assortment

When proposing this Third Law, Mendel based it on the results obtained in his second theory (remember that DNA still hadn’t been discovered).

To do this, he developed a series of crosses. This time he looked at the characteristics of the seeds: yellow / green, and smooth / rough. He wanted to know if both characteristics were inherited together or separately.

He crossed several pure lines of seeds, as he did in his first experiment, to obtain a genetically homogeneous first generation (F1).

After that, he then crossed this F1 first generation with what is called a recessive parent. This is one whose characteristics are only observed if their two genes are the same (aabb) – a rough green seed. As a result, he obtained 25% of each variety: smooth-green, smooth-yellow, rough-green, rough-yellow.

As a result of these crosses between what Mendel called pure breeds, he presented his three laws governing the patterns of transmission of the hereditary information of genetic characters (genotypes). Throughout his life he carried out several more experiments, increasing the number of observable characteristics.

Since then, much has evolved in the world of genetics. It’s amazing that, just 150 years later, we are able to manipulate these characteristics and create genetically modified beings, be they transgenic creations, clones, or even people.

Educational Psychology: Everything You Need to Know
Educational psychology develops theories about education and human development in order to facilitate understanding about the learning process. Read more »
Link copied!
Interesting Articles
Social environment
What to Do If Your Child Doesn't Play with Anyone at School