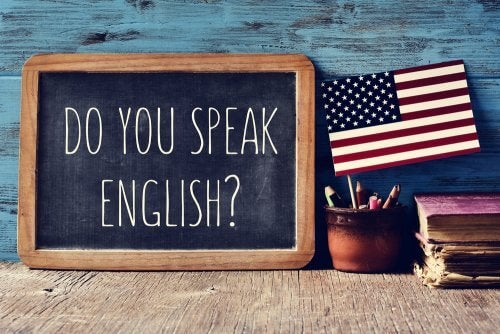 “When school ends, continued education has to be independent. Independent learning can be fostered if ‘learning to learn’ is considered a chief aspect of language learning, aimed at students who are becoming increasingly conscious of the way in which they learn, of the options they have, and what is most convenient for them.”

The second language apps featured in this article are useful for children from an early age, and address different perspectives. Keep in mind that the sooner you motivate your children to learn a second language, the easier it will be for them to acquire. By using these tools, it’s possible to stimulate your little ones’ basic communication skills.

One of the most popular tools thanks to its practicality and effectiveness is Duolingo. This program offers kids the chance to study Spanish, French, German and Russian via some very simple functions.

This app is best used when children already know how to read and write in order to complete the work featured at each level.

This program is designed for children between three and 10. The app focuses on learning and acquiring vocabulary and short phrases in English.

You can choose the difficulty level and accent type. The app is free to use on iOS devices. It has yet to become available in the Android App Store.

One of the most popular second language apps for learning English is Learn English Kids, designed by the British Council. This platform allows kids to watch videos, answer questions, and practice their vocabulary, pronunciation, and listening comprehension.

The Rosetta Stone app focuses on the comprehension of simple texts in Spanish and other languages. It also offers the chance to recognize letter sounds and everyday words, as well as improve one’s pronunciation. It’s recommended for children in preschool and elementary school. You can find it in the Apple and Android stores.

This app allows kids to learn Russian, Italian, Mandarin, French, Hebrew, Portuguese, German and Arabic. It offers a variety of activities that encourage kids to learn numbers, colors, foods, and many other new words.

It also features multimedia resources that make learning easier. This is a paid app, available on Android and iOS devices.

With this program, children can learn different languages, including French, Japanese, and Portuguese, through games and practice phrases. You also have the option of accessing audio tracks made by native speakers from around the world. This is available only on iOS phones and tablets.

Using this tool, your kids can practice what they learn in language classes at school, helping them get ahead on their own. It features games, songs, and plenty of interactive activities to provide your children with constant motivation. They’ll find spending a few minutes a day on their second language both fun and easy.

If you want to motivate your children to learn Mandarin, this is an excellent option. It’s an interactive course based on games and divided into levels. The best part is that it’s designed to correspond to approved standards for mastering the language. You can find it on the Android and Apple Store.

In addition to these second language apps, there are efficient ways to use your mobile device to learn sign language and braille. Although they’re not as commonly used, it’s an important part of being able to communicate universally.