The Seven Best Children's Stories of All Time 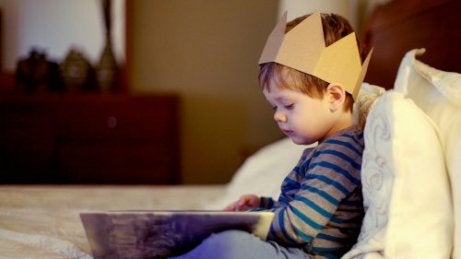 Kids love to be read to or told stories. Children’s stories allow them to imagine themselves in different circumstances and better understand the world around them.

Children’s stories help kids rationalize what they experience during their lives. They also instill values in them and give them information on how to act in many different situations.

Storytelling can help children develop their imaginations, morals and values.

The great children’s book writers know this. Some of them have created stories that have educated countless generations and which never go out of style.

Here are 7 of these stories that will live forever:

This is a classic tale written by Hans Christian Andersen. This beautiful story chronicles the misadventures of a duckling who was rejected by his peers, as they considered him unattractive.

When he grew up, he realized he was a swan and, therefore, the others thought he was ugly just because he was different. Among swans, he was considered beautiful.

This story is very educational, because in a simple and clever way, it teaches children the importance of respecting others who are different. It also alludes to the transformations that can occur throughout life.

The Three Little Pigs and the Big Bad Wolf

In this story the adventures are told of three little pigs who manage to escape from a wolf. They try different strategies to build a shelter, several of which fail. In the end, they find the solution and overcome the evil wolf.

The gist of this story is that three weak individuals find themselves confronted by a more powerful and violent individual.

It puts emphasis on finding reasonable solutions in the face of danger. It shows that it’s possible to avoid confrontation, and even to neutralize a threat.

This wonderful story is by Oscar Wilde and, like no other, it recounts the value of detachment and solidarity.

This story is about an expensive statue that is sensitive to the suffering of others. A swallow helps it get rid of what it has, with the goal of helping others. When there is nothing left to give, the statue ends up in the trash.

The best part of this story is that it shows a way of life in which giving oneself to others brings happiness. Not being attached to physical objects makes it easier to live happily beyond the material world.

Hansel and Gretel are two siblings whose parents abandon them due to poverty. They devise a system to find their way back to their house, but the plan fails.

They get lost and they’re trapped by a witch. The children manage to outsmart her, escape and then return home, with enough riches to allow them to return to their parents.

In this story, the children play a very active role. They aren’t at the mercy of their circumstances. Rather, their actions help turn their situation around.

This story by the Italian, Carlo Collodi, embodies one of the great fantasies for children: a toy that comes to life. It tells the story of an old carpenter who makes a puppet.

A fairy brings him to life and turns him into a naughty young boy who is mischievous and a liar. Little by little, Pinocchio has to learn to be a good boy, who is honest and obedient.

This story shows that life is a process in which there is always an opportunity to change for the better.

This is another Hans Christian Andersen story that shows the power of embarrassment. In this story, some con men trick an emperor into believing they can design him an outfit that can’t be seen by fools.

Afraid of looking stupid, the king puts on the “clothes” and walks out onto the street naked. Many of his subjects claim to be able to see the “clothes” because they’re afraid of what people might say about them, until an innocent child tells the emperor that he’s naked.

This wonderful story teaches about how much influence a lie can eventually have. Both the emperor and his people see what others say they should see.

They do so because they’re afraid of looking stupid, when really, their fear and embarrassment are what is making them look foolish.

This is perhaps the most classic western children’s tale. There are countless versions of it. This is the story of a girl who is tricked by a wolf when she has to travel through the forest.

Though she is eaten by the wolf, she manages to emerge victorious thanks to the help of a friendly lumberjack.

The moral of this story lies mainly in the emphasis put on children always obeying their parents. On the other hand, it speaks of deception being used as a tool by the wicked.

Finally, it points to the existence of good people who can reverse the damage.