How to Avoid the Spoiled Child Syndrome 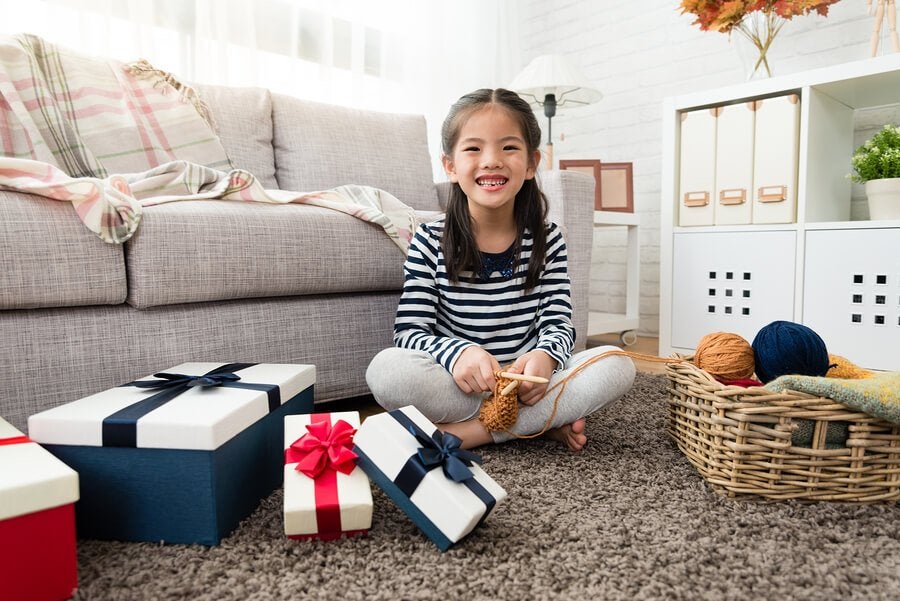 Spoiled child syndrome (a term coined in 1989) is a social phenomenon that many parents aren’t aware they’re creating in their children.

From a psychological point of view, they may be encouraging and developing a series of harmful behaviors in their children. However, it’s something than can be corrected once detected.

So, what exactly is the spoiled child syndrome? The syndrome can have many causes (as described in the link). Today, however, we’re going to focus on one particular aspect: giving an excessive number of material gifts to children. In general, these are unnecessary gifts, as they already have what they need (and more) for their development and growth.

The influence of advertising

As special dates such as birthdays, Christmas and other celebrations approach, the spoiled child syndrome becomes more and more noticeable. Advertising becomes more intense and more frequent. The bombardment of advertising for toys, games and gadgets is the main cause of infatuation in children.

On seeing all these adverts, children can easily be led to believe that their happiness depends on obtaining everything they’re shown. The things they see are the latest on the market, and sold to them in such an appealing and eye-catching way. It’s quite understandable that they’re led to think that they just must have that item.

By giving too many gifts to children we’re not encouraging positive values in them. On the contrary, we’re sending them the message that a particular item is indeed the most important thing at the moment. As a result, our children get used to having everything and not valuing what they already have.

In fact, once they finally get something they wanted, they often forget it shortly after. Why? Because they’ve already started to think about what they want next.

Some signs that can be observed in children with spoiled child syndrome are the following:

To stop spoiled child syndrome from developing, we need to begin with the basics. We need to control the amount of material gifts that we give to our children. At the same time, we’ll need to start investing quality time to play with them and teach them to value things other than material objects.

We must develop an environment where the most important thing is love. Of course, it’s also up to us to set an example and not have double standards at home. It’s useless telling them they shouldn’t give so much attention to material things when, as parents or guardians, we do ourselves.

It’s true that children need to play and have fun, but their leisure time shouldn’t be limited to toys or gadgets. They can color, do crafts, and let their imagination fly with friends or relatives of their own age.

Share your leisure time with your children, with and without toys, so that they value the action more than the object itself.

In addition to spending quality time with children, we need to help them understand that material things aren’t everything in life. While some of them are necessary, none should be the center of our lives.

Of course, this must be taught with words and with actions, at different times and even in very subtle ways. This way we’ll be able to get the right message across.

Another approach is to let them see that there are many children in the world who are happy (or happier) with much less than them. We’re not talking here about manipulating your children. We’re talking about making them aware of other realities so that they can see the contrast. The hope is that they will “imitate” those children who know how to have fun, regardless of material possessions.

Additionally, once they’re old enough to understand, we need to let them know that material objects incur costs. They need to understand that it isn’t always possible to have everything we want. To do this, we’ll need to begin teaching them the rudiments of financial education.

If we have the opportunity, the best thing we can provide them with is a recreational and educational experience, like a fun camping trip or vacation. This is far better than a long list of toys that they won’t even remember later on.

These experiences with precious human contact will give them so much more satisfaction in the long term, and will enrich their lives in so many ways.

Link copied!
Interesting Articles
Parenting
Why Is It Important to Make Up in Front of Children?