STEM Women: Why We Need More of Them

Society needs more STEM women in professional positions. Do you know what we're talking about? Maybe you have one at home and didn't even realize it. 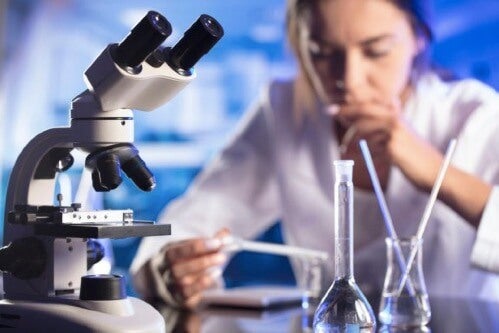 The term STEM is an acronym that stands for Science, Technology, Engineering and Mathematics. In recent years, it’s become something of a trend due to the high demand for professionals in these fields. However, as with other spheres, STEM women still have many obstacles to overcome.

There is still far too great a disparity between STEM men and STEM women.

Are there really fewer STEM women?

Recently, in a study conducted by Professor Martin W. Bauer of the Department of Psychological and Behavioral Sciences at the London School of Economics (LSE), it was concluded that the lack of female role models in these fields is a reason why some girls find the sciences unappealing.

According to Bauer, interest in STEM subjects among girls between ages 11 and 12 is widespread. However, it declines irreversibly after the age of 15.

Furthermore, things don’t improve when you look at higher education. Only one in three Engineering graduates are women, while just one of five Computer Science graduates is a woman.

In an analysis carried out by countries belonging to the OECD (Organization for Economic Cooperation and Development), it was found that even after pursuing a career in science/technology, only 43 percent of women end up working as professionals in mathematics, physics, or engineering, compared to 71 percent of men who study these subjects.

The available data makes it clear that 15-year-old girls outpace their male counterparts when it comes to reading skills. However, in terms of math, boys come out ahead.

In short, the conclusions suggest that now is a very opportune time to develop motivational tactics. In a society that increasingly demands more professionals in the tech sector, it’s more important than ever to address the inclusion of women.

Led by the Ad Council some years ago, the “She Can STEM” initiative has the aim of dispelling old paradigms. It was designed to motivate female students to overcome their prejudices and fears when it comes to the sciences.

They’ve achieved this by showing how interesting these areas can be, in part by showcasing seven prominent and successful STEM women.

These STEM women are:

“When girls don’t feel encouraged and empowered in STEM, we see serious consequences not only for girls and women, but for the future of innovation in our country.”

The future of STEM women

Currently, there is a significant and active effort to promote STEM women for future jobs. However, according to the European Union, by 2020 there will be about 756,000 vacancies in the information, technology and communications sectors.

In conclusion, we can interpret this data as reflecting the importance of initiatives like “She Can STEM,” and making prominent women in the field more visible.

The Greek philosopher Hypatia, the astronaut Sally Ride, the primatologist Jane Goodall and the legendary Marie Curie are just a few notable figures.

The roles women can fill shouldn’t be limited in any way, and these new areas of development are eager to recruit them.

Stay-At-Home Moms Are Working Moms, Too
There is a worrying tendency nowadays to judge stay-at-home moms. Around the world, we commemorate International Women's Day on March 8th, an occasion also and originally known as International Working Women's Day. Read more »
Link copied!
Interesting Articles
Parenting
What Is Platonic Co-Parenting?