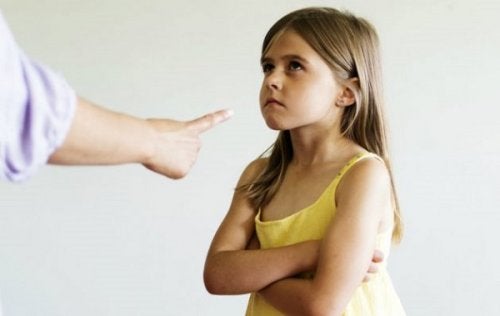 Strict mothers tend to have daughters who turn out to me more successful. Discipline is mainly a tool that parents use to increase the possibility of their children reaching their goals and dreams. Those who work hard to meet their own requirements and those of others overcome tough situations and are strengthened in the end.

“There are no secrets to success. It is achieved by working hard and learning from failure” – Colin Powel

Success: What mothers want for their daughters

Achieving success means reaching the top. It is stardom in your field and being recognized somehow for your values and endurance. Mothers want this kind of success for their daughters.

There is another type of success that has to do with the financials. In this case, success is a woman who has the power of money in her hands, a woman who is financially independent and can acquire whatever material objective she wants.

And last but not least, there is emotional success. This success applies to women who are happy with everything she has and is

A woman who enjoys emotional wellbeing, loves and is loved, and who can say without a doubt that she has achieved success.

The hypothesis that strict mothers have more successful ideas is not a random idea. It comes from research done at the University of Essex, England. They studied 15,500 girls between the ages of 13 and 14 and the research was carried over 6 long years.

It started in 2004 and ended in 2010 when the teens had already becomes young women.

Although it is not applicable to 100% of cases, researches found that girls with strict mothers – due to the discipline and rules with which they were brought up – enrolled in university and were on route to a promising future.

The demands that the mothers made were in line with the goals and efforts that the daughters had. In addition to how many of the girls enrolled in university, the research also studied the rate of teen pregnancy. It was determined that girls with stricter mothers were less likely to get pregnant than the daughters of less demanding mothers.

“Success is not achieved only by having special qualities. Above all it is achieved through work, consistency, method and organization”. —J.P. Sergent

Strict mothers Vs Abusive mothers, which one of the two are you?

Mom, harming a child has no positive aspects.

It is not violence or cruelty that makes your daughter get on the route to success in her adulthood.

You cannot prepare her for life by punishing her more and only showing a little affection. When you cross the limits of demands that are too strict you can reach injustice. This does not benefit your little girl in anyway.

How to be a strict mother without crossing the lines.

In order to be a strict mother without crossing the lines or being cruel, keep these final tips in mind: