Teaching as a Couple: Parenting Tips

When facing the daunting challenge of educating your children, there's nothing better than working as a team. Lean on your partner to achieve a healthy upbringing for the kids in the house. 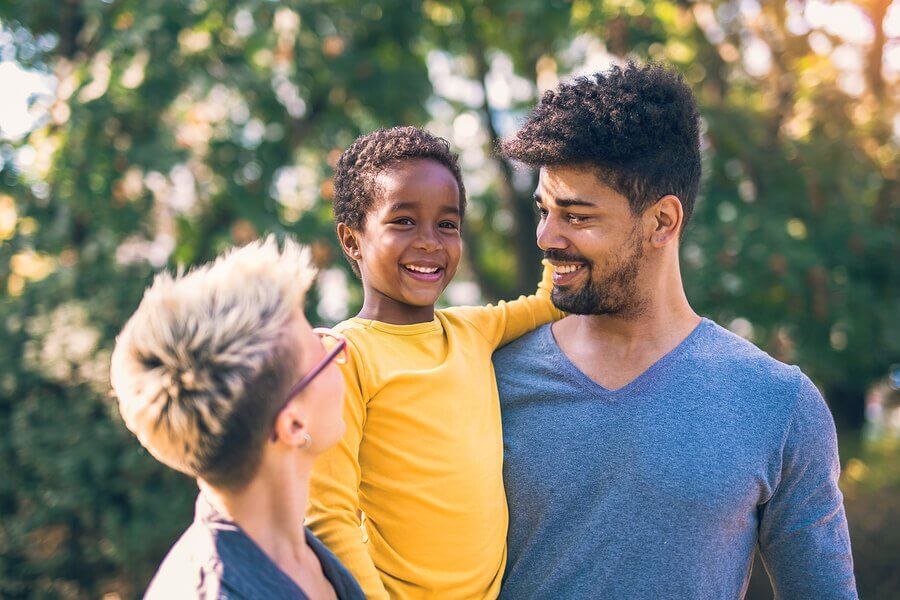 Given a task as complicated, arduous and extensive as educating children, it’s clear that the union between parents is an essential aspect. When you’re teaching as a couple, it requires some coordination, and can possibly generate disagreements, but it also multiplies the benefits.

When planning on having children, the idea of agreeing on educational methods may seem very simple; it’s often seen as something that requires only a couple of minutes of conversation.

However, the harsh reality will be a reality-check for first-time parents. It can lead to arguments, frustration and even marital problems.

When you’re teaching as a couple, it isn’t just a useful tactic for parents and children; it’s also a challenge and a responsibility.

Keys to teaching as a couple

By following our suggestions, both parents can have more tools to help when it comes to teaching as a couple:

1. Agree to standards and enforce them between both of you

If children see their parents disagree, they’ll surely take advantage of it very quickly. It’s a pervasive situation  – for example, when one of the parents gives permission to do something while the other prohibits it.

When this happens, the child perceives conflict and knows that he can take advantage of the situation, both now and in the future.

Besides, it won’t take long for discrepancies between parents to present themselves; thus, revealing the lack of unity between the parents. This lack of agreement won’t be advantageous for children’s education.

Therefore, it’s best to establish rules in advance and not grant permission or exceptions without consulting the other parent first. This way, the children will respect their parent’s authority and will know that the “divide and conquer” strategy isn’t a viable solution.

2. Leave your ego aside

Any attempt to establish oneself as the kindest, most strict, responsible or permissive parent will end up losing authority. In this relationship, both parents must be equal.

Also, it’s advisable not to make crucial decisions without consulting the other parent, nor to question their mistakes or abilities in front of the child.

Remember that we all make mistakes and nobody was born knowing how to do everything. Much less when it comes to something as tricky as getting a child’s education back on track.

Therefore, both parents have to be patient and know how to fix mistakes constructively; aim for the future instead of criticizing the past. Likewise, a good dose of patience is necessary. Everybody has bad and good days, and the same goes for children.

Therefore, at home, love and tolerance must prevail; nobody does things wrong “on purpose,” but mistakes are part of our inexorable personality and life experience.

“It’s best to establish rules in advance and not grant permission or exceptions without consulting your parent first. This way, the children will respect their parent’s authority and will know that the ‘divide and conquer’ strategy isn’t a viable solution.”

4. Agree on a reward system

A good technique to be fair when dealing with children, and to assess their actions, is to establish a sort of “system” to reward their good behavior.

This way, we’ll prevent one of the two parents from being “overly kind” to the child and leaving the other as the austere figure; this, in fact, would weaken the image of a strong union in front of the infant.

5. Don’t look for reasons to blame each other

A frequent mistake is to superimpose the child’s bad behaviors or failures onto your partner. Phrases like: “The children don’t respect their schedules because you let them go to bed whenever you want” do nothing but encourage discrepancies between parents.

You shouldn’t blame the child for everything either; much less if the disagreements are between adults. When a mistake is made, you should merely amend the error and talk about what happened so that it doesn’t happen again in the future. You should always do it in a constructive and empathetic way, of course.

Never forget that both you and your partner were two people who were intimate with each other and enjoyed each other’s company before becoming parents.

Don’t let your responsibilities overwhelm you and take the pleasure away from your lives – keeping the flame burins is one of the pillars of family happiness.