The Best Methods for Teaching Languages

In this article, you'll learn about the best methods for teaching languages. 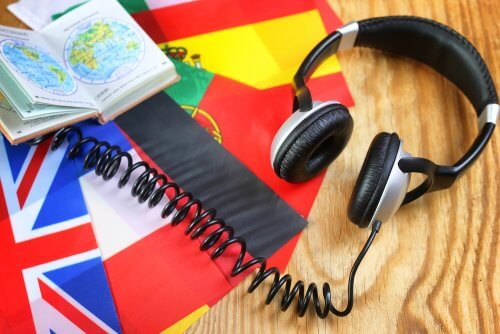 A language refers to the tongue of a people or a nation, a system of signs that allows a human community to communicate through words and gestures. When it comes to teaching languages, it’s important to differentiate between a mother tongue, the language spoken in the country where one was born, from the foreign languages one learns throughout life.

Learning another language gives you the ability to know and adopt a new system of signs, its rules and the way in which it functions.

In terms of teaching languages, we need to look at specific procedures in order to determine the most appropriate methods for achieving this goal.

The oldest method for teaching languages, and perhaps the most traditional, is what is sometimes called the GT Method. Its name refers to the fact that it focuses on the grammar and translation of texts and phrases from one language to another.

This method pays special attention to the grammatical rules and structures shared between languages. It places an emphasis on equivalencies with respect to universal grammatical patterns. This implies memorizing thousands of words and rules, as well as sentences taken out of context.

In the late 19th century, the Direct Method emerged. This method focuses on verbal communication independent of the specific grammar of the phrases used. The idea is that the people learning the language can make themselves understood even when the grammatical structures they use aren’t perfect.

In this method, grammar is intuited, and mistakes are eliminated as one learns until you can establish the proper relationships between the foreign word and the situations to which it relates. This is where the term “direct” comes from.

Meanwhile, the Audio-Lingual Method shares much in common with the Direct Method. Both prioritize spoken language with an emphasis on oral expression and listening. The difference is that this method uses the repetition of words, phrases and exchanges as a teaching strategy.

The best methods for teaching languages

Over time, different methods have been developed and used to teach foreign languages. While it’s impossible to say that one method is clearly the best, certain methods are probably better than others.

Take for instance the Communicative Method. More than a method, it’s an approach through which other languages can be taught using a process that is more functional than structural. In other words, the most important aspect is communication, as opposed to simply learning the grammar of a foreign language.

The Communicative Method takes each of the previous methods into consideration and focuses on the practical necessity of learning another language, as well as the permanent acquisition of the ability to interact communicatively and contextually.

In terms of teaching languages, the Communicative Method entails activities centered on problematic situations that relegate grammatical rules to the background. It’s still important that the student internalize these rules, but communication is the primary objective.

These problematic situations refer to different scenarios a person might face in daily life. These could be at work, at the airport, or on a trip. They can include making different kinds of purchases, and ones requiring you to be able to ask for help in difficult situations. To deal with these situations, one needs to progressively develop their ability to use the foreign language.

We must stress that any method you choose to teach a foreign language should be adequate. However, you need to take into account the specifics of each student and his or her learning needs. Educators need to be flexible in choosing methods, even combining relevant aspects from each.

Repetition, memorization, and knowledge of grammatical rules can be valid strategies for learning another language. However, they should be in service of problem-solving and decision-making in situations like the ones presented by the Communicative Method. The aim should be to allow people to understand and be understood in different languages.

6 Tricks for Your Child to Be Bilingual Before They’re 6
Here are some tips for parents who would like their child to be bilingual. In today's world, speaking several languages has many advantages. Read more »
Link copied!
Interesting Articles
Parenting
What Is Platonic Co-Parenting?