7 White Lies that All Mothers Tell at Some Point 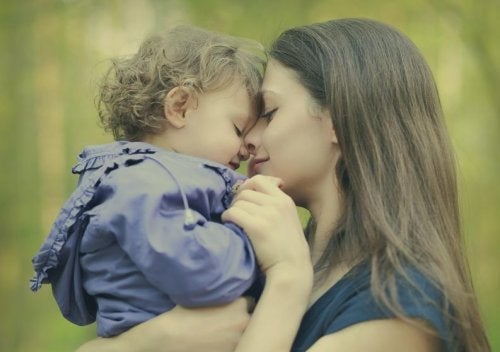 Most mothers are willing to tell lies for the good of their children. In general, we are talking about white lies; other times they aren’t quite so white, but every mother tells them to her child at some point.

Maybe we haven’t told them all, but we will definitely get to them eventually How did the kids react? Did they realize you lied to them? You’ll see how fun it is to remember those moments.

The lies that we’re going to share below are part of a compilation of anecdotes from many mothers. We’re also going to mention a few inventions from our own mothers. None of them is offensive enough to have caused childhood trauma; in general, we tend to remember them with delight.

1.“I promise that nothing will happen if you tell the truth.”

In general, saying that “nothing will happen” isn’t true because the truth is often a bit bitter. Once we know what happened, it’s hard to keep our promise. This happened to us when we were just little girls, but we’ve repeated it in our roles as mothers.

Sometimes the best way to deny your children something doesn’t require telling them. In most cases, we respond in this way to requests we are unlikely to fulfill. We remember them saying this to us when we were kids, too. Over time, we end up forgetting the request and they do, too.

Every mother would rather lie to her children before seeing them worried or sad. For this reason, it’s common to lie when we feel bad. In general, there’s no rest for us as mothers and we are there to help our families.  In most cases, we keep pain or annoyance to ourselves in order not to spread it to the rest of our family.

There are many reasons that we deny something to our children. Sometimes we’re afraid if it’s something that will put them at risk, for example, skates. Other times, it’s a financial limitation. Nonetheless, it’s necessary to put it off. To tell them that they’ll have it later is a quick answer that we can defend until it becomes possible.

Lying about the time is a skill that every mother increasingly perfects over time. When we want them to hurry and have time for breakfast and get ready at a relaxed pace, it’s better to bring the clock forward a bit. It’s also common to bring it forward when we get home. Telling them it’s going to be 11 o’clock when it’s closer to 8 is a lie every mother tells.

When it comes to going out, it’s definitely preferable for them to wait for us than for us to wait for them. For this reason, we are in the habit of lying about when we’re leaving to get them to hurry up.

It’s also common for us to do this when they’re bored and want to go. But there is still a fair amount left to go before we go. In general, we tell them “we’re going soon” a bunch of times.

One of mom’s jobs is to reassure her children, and she will, even if she has to lie. Therefore, she will take on any challenge even if she doesn’t know how to finish it. She may be lost, she may have no idea how to do it, but she will always offer a reassuring word.

We aren’t obliged to know everything, but we do have to be able to tell our children that everything will be alright and that moms know best.