The Best Children's Stories with Cats 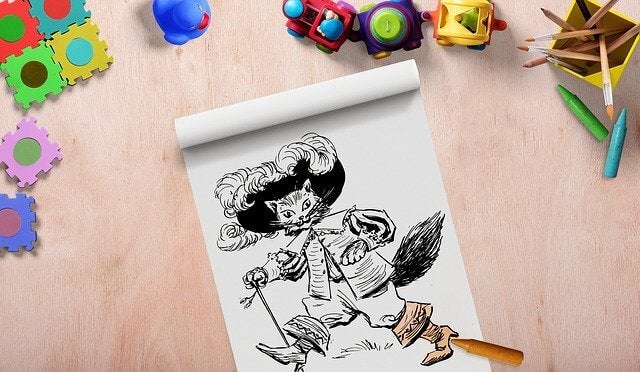 There are thousands of stories from around the world to entertain and teach young kids. However, kids are especially fond of children’s stories with cats.

There are tons out there, but some are definitely more popular than others. They leave smiles on kids’ faces, and even adults when they remember the silly and naughty characters.

Apparently, their most common characteristics are what make them so easy to work with. Additionally, their connection with children makes them perfect to teach kids about important values and morals.

In this article, we’ll take a look at a few of the best children’s stories with cats. They’ll make your children smile and laugh, and they’ll also teach them a thing or two.

The best children’s stories with cats

The story of The Aristocats is the first one that we’ll mention. It’s gained international fame thanks to the film adaption made by Walt Disney Pictures in 1970. It was created by Tom Rowe.

This story tells the story of Duchess, the pet of an elderly millionaire, and her puppies after being abandoned by Edgar, the butler.

Edgar, after learning that these four kittens are the heirs to his mistress’s fortune, gets rid of them so he can gain the wealth.

After the incident, they run into another cat named Thomas O’Malley. He’s an attractive vagabond with a lot of street smarts. Additionally, he’s very noble, and wants to help the kittens go back home.

Along the way, the group gets the help of Scat Cat and his Alley Cats. They add their music and color to the situation.

This magnificent story teaches many values and lessons about society. Above all, it makes kids see that love can do anything. Additionally, good deeds are rewarded in unexpected ways.

This little feline has been around for centuries. In fact, many people believe it dates back to the year 1500. Also, it was written by Giovanni Francesco Straparola.

The story is very funny because it tells the story of a very clever little cat who has the gift of persuasion and other amazing skills.

Many people may think it’s not very educational, since the cat gets his way through traps and lies. However, his mischief and adventures made it very famous among children’s stories with cats.

This book is one of the original stories of the Salvat collection, The Storyteller. Gobbolino makes its appearance in the first few books of the early eighties.

He’s a kitten whose mother is a witch’s cat. However, he was born a little different from other kittens. Gobbolino isn’t completely black with green eyes, but instead has one white leg and blue eyes. Since he’s different, his sister, owner and mother reject him.

This little kitten assumes that he’s different both inside and outside. He doesn’t feel like he belongs with his family and doesn’t want to be a witch’s cat. He wants to be a lap cat. The story is based on him balancing where he’s from and what he wants to do.

For more than 30 years, there are fights, adventures, and great lessons for kids to learn. These happen in chapters like, “the haunted cat” and “the gentleman’s cat.”

The Cat in the Hat

Dr. Seuss created this magnificent story. This story is about a cat with human abilities. He appears with two other little cats that bring chaos – and a lot of fun – to a family. Additionally, the kids of this family keep all of the chaos at bay.

This story shows kids that, although they may love fun and games, everything has a limit. When things get out of control, the consequences aren’t very funny.

Without a doubt, these characters have been famous in children’s stories for centuries. They’ve made millions of kids’ childhoods much more fun, all while teaching lessons disguised as amazing stories.

Hansel and Gretel, One of the Greatest Stories of all Time
It's not just a fun story. Hansel and Gretel teaches many values to even the youngest kids. It's a wonderful story that all children should know. Read more »
Link copied!
Interesting Articles
Responsibilities and values
5 Stories to Learn How to Save Money