The Theory of School Organization and Its Characteristics

To understand how schools work, you need to know about the theory of school organization. In this article, we'll talk about its main characteristics. 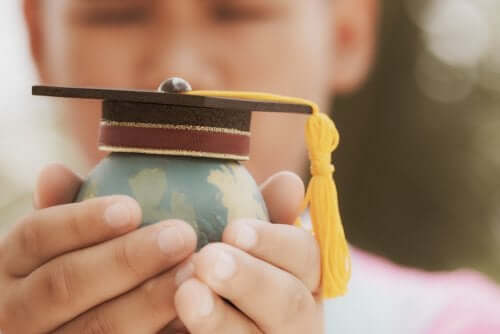 First, we’ll explain what we mean by organization in general. And then, we’ll specifically talk about what the theory of school organization entails, along with its main characteristics.

What does organization mean?

According to Merriam-Webster, organization means “the act or process of organizing or being organized.”

An organization is a group of people who come together for a reason. Also, they have some common objective. They communicate with each other, and carry out both individual and joint activities.

Some organizations are more spontaneous, while others are more formal. That is, some are explicit and formal, and others are less formal with well-defined objectives.

Schools build a structure around set objectives, with concrete activities and established procedures.

The theory of school organization

When it comes to the theory of school organization, we’re referring to an educational institution, a formal organization, which has a well-defined structure that does specific tasks and activities. Additionally, there are lots of different routes they could take.

The study of schools, their elements, and processes that happen inside of them are the basis of the theory of school organization. Then, they decide how they use all of them.

Characteristics of the theory of school organization

There are many different types of school organization. However, all of them agree that it’s based on science. Additionally, they all use theories from the world of business. Then, they apply them to schools.

Therefore, the theory of school organization is based on schools being a place of learning. They figure out how the different parts of a school should work together.

In this sense, the theory of school organization isn’t only limited to the organization itself. In fact, it’s also a look into how it can improve and work better.

The different parts that make up schools are both human and material resources, administrators, and lawmakers. They all need to work together to help the students.

There are different theories about school organization. Depending on what they want to focus on, they will place more or less emphasis on certain aspects.

Its starting point is to answer the question of the existence of school organizations.

They believe that schools are a mechanical structure where the people are abstract pieces. Together, they make the process work.

New theories focus more on the human factor, and how people feel. They consider how everyone feels during work and activities.

In conclusion, we would like to emphasize that the theory of school organization should take on the most significant and explanatory elements from the different approaches. That is, it helps us understand schools with all their complexity.

In short, and as proposed by the theories, schools should consider humans as a fundamental element.

Dealing with Your Child’s First Day of High School
The first day of high school can be a difficult experience for kids and parents alike, thanks to the change in routine. Read this article to learn more. Read more »
Link copied!
Interesting Articles
Emotional education
Sitting Still Like a Frog: Meditation for Kids