Help! My Child Doesn't Want to Work or Study

Young people who lose interest in work or study risk entering into a dangerous cycle. They often feel that they aren't up to the challenge and that any effort to succeed is a waste of time. This attitude can lead to behavior that only worsens their self-esteem. 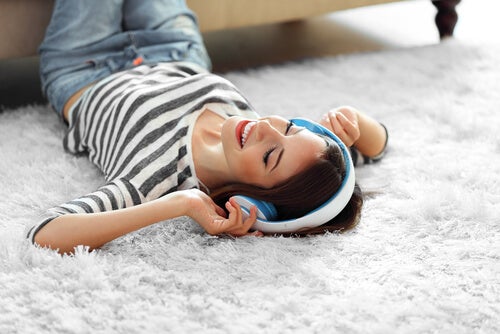 One of the most common complaints among parents of older teens is that their child doesn’t want to work or study.

These young people are often going through a period of confusion and disenchantment. Neither university nor the workplace appeals.

One of the risks of growing up in an affluent environment is that young people become passive and entitled.

Supported materially by their parents, these teens lack a vision for the future and the determination to turn their dreams into reality.

My child doesn’t want to work or study: why?

A lack of motivation is the result of at least two factors that affect a young person’s outlook on life. The first is an overprotective family. The second cause can be found in society at large.

Parents who complain that their child doesn’t want to work or study are often the ones responsible for the situation.

They have coddled the child from birth well into young adulthood. This isn’t always true, of course, but overprotective parents are behind many cases of teenage apathy.

This type of parenting raises young people who don’t take responsibility for their own actions, and are incapable of solving problems by themselves.

In general, young people who have grown up in this kind of stifling environment feel incapable of taking on life alone. They’re afraid of what the future will bring.

In some cases, they back down in the face of the slightest challenge, unwilling to risk failure. This leads to a mental vicious circle, as their lack of effort makes them feel even more unworthy and disenchanted with their life.

Additionally, since they’re used to their parents dealing with problems for them, overprotected teens have little tolerance for frustration.

This means they react very poorly when things don’t work out as planned.

Society is another factor that makes some young people reject both work and study. We live in a highly competitive world, and the workforce today holds few opportunities for school-dropouts.

It’s even difficult for young people to find a good job after years of studying. When teens see this, what they understand is that getting a degree isn’t worth the effort.

If finding work is difficult for those with higher qualifications, it’s even more so for those with only a high-school education. For young people, it might seem like there is no way to win.

So-called NEETs – young people who aren’t in education, employment or training – feel that any effort they put into work or study is a waste of time.

This lack of drive to succeed and fight for their dreams turns these young people into victims of the society they reject.

When they don’t have a role model to look up to, teenagers try to fit in. They buy into trends without questioning whether or not they’re right or healthy. They follow their peers and do whatever their friends do.

The final result of this is that, without the right guidance, young people lose the will to live by their own values and fight for what they believe in.

My child doesn’t want to work or study; are they a NEET?

The good news is that NEETs are still in the minority. But increasing numbers of parents are becoming concerned that their children don’t want to work or study.

What can families do to help these young people? The first step is to understand why it happens. In this sense, the following tips may help:

As parents, we have a duty to teach our children to love themselves in a balanced way.

Teens should be able to recognize and build upon their strengths, but also acknowledge their weaknesses and work to control them.

Material goods can never make up for personality defects. As a parent, emphasize the values that will help your children become adults who are responsible and committed to the world around them.

Establishing limits helps young people learn how to deal with frustration, as well as teaching them how far they can go.

The ground-rules should be clear. Don’t ask too much from your child, but don’t underestimate their abilities, either.

If necessary, consult a psychologist or family counsellor, who will help you face this increasingly common problem together.

If you find yourself complaining that your child doesn’t want to work or study, it’s time to get involved and change the situation.