Is separation the same thing as divorce? What are the different kinds of separation? The following article will discuss the children and custody issues that arise in separation or divorce. 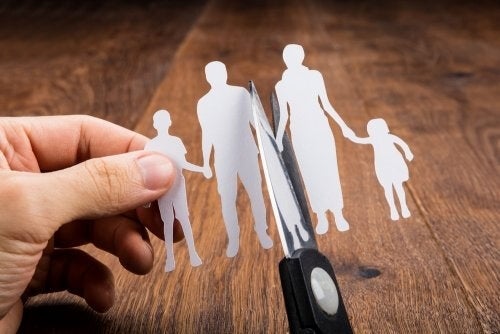 Separation is a decision that couples make to stop living together and start living their lives independently. However, there are a number of different types of parental separation.

The physical separation of parents isn’t the same as the legal dissolution of marriage per se. For example, the married partners still cannot marry other people in the separation stage.

To end the marriage legally it’s necessary to file for legal divorce. Whether the couple is separated or divorced, if there are children from the marriage who are still underage and dependent on their parents, it’s important to arrive at an agreement concerning which parent is responsible for them financially and for their overall care.

If there is no agreement, both parties can seek legal counsel and have legal authorities determine the levels of support and custody for the minors. The article provides some examples below to illustrate the types of separation possible and their potential consequences for the children.

To avoid confusion, it’s important to clarify the difference between divorce and separation. In everyday communication, each term is often used interchangeably to signal that a couple is no longer living together.

Separation doesn’t end the legal ties between the couple; that’s why a separated person cannot marry another person. In addition, if the separated couple reconciles, they don’t need to seek out a new marriage license. This is because the legal tie created by the original marriage was never broken. Although separation is usually a step before a divorce, that’s not always the case.

If there are any children from the marriage, the couple must make arrangements for their care. It’s necessary to assure adequate support whether the couple separates or divorces. Parents need to decide on the visiting schedule, custody arrangements, and child support.

Mainly, there are two kinds of separation: physical separation and legal separation; both have legal consequences in terms of inheritance, for example. Physical separation is many times a prior step to the end of a marriage, but you don’t need to undergo a judicial process to separate.

Judicial or legal separation requires the presentation of an affidavit of separation, as well as a subsequent legal sentence. This sentence legally suspends the marriage temporarily. Each party would have the power to decide freely and independently over their own possessions. Judicial separation can be contentious or based on mutual agreement.

Custody of the children

When it comes to the custody of the children, the parents follow the same procedures and considerations whether they’re pursuing physical separation, legal separation, or divorce.

It’s always advisable for the parents to come to their own agreement. Then the judge only has to ratify and endorse the decision agreed upon by the parents. However, the judge also has to remain impartial and assure there is no risk inherent to the agreement for the minors.

If the parents haven’t managed to reach an agreement, the judge will decide what is in the best interest of the minors. They’ll do this after listening to all parties involved including any legal representatives or child protective services if such is the case. The judge will decide on the guardianship and custody of the children.

To make this decision, the judge will take into consideration which biological parent exercised the most custody and looked after their daily wellbeing before the separation.

In most cases, this is generally the mother. However, it’s becoming more and more common to see cases of shared custody or of fathers getting custody.

Statistics show that mothers ask for more time off or for reduced workdays to care for their children. Women also sometimes stop working altogether temporarily in order to prioritize childcare and parenting. That’s why judges tend to give custody more frequently to the mother.

The parents need to reach a consensus on child support, whether they’re only seeking separation for the time being or pursuing a divorce. Parents can decide the terms of child support themselves or they can ask for a determination by a judge.

Child support is obligatory, but the parents can also come to a mutual agreement on providing a supplementary amount for additional costs.

The amount of child support depends on the specific case. A custody agreement states what support each parent should provide and how frequently it’s paid.

If the parents can’t come to a consensus, the judge will make a decision. They’ll consider the parents’ income levels and the needs of the minor or dependent children.