The book collection of Manolito Four-Eyes brings us totally realistic stories which can teach us a lot about Spanish society in a very funny and enjoyable way. 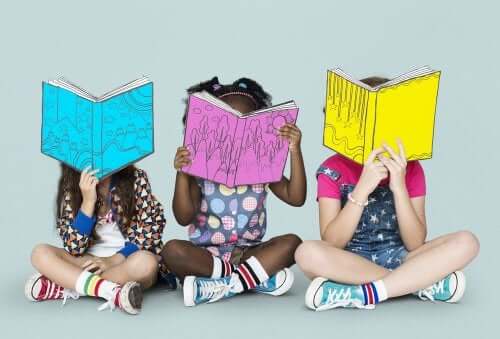 There are some books in the world of children’s and young adults’ literature that, despite changing times, still continue to be popular and become true classics. In this category we can certainly include Manolito Four-Eyes. He’s the star of a Spanish children’s classic (Manolito Gafotas), now also available in English. Despite arriving on the scene back in the mid-1990s, the books still make thousands of readers laugh with their stories.

Elvira Lindo is the author of this fantastic collection, and she published the first of her books 25 years ago. She would have had no idea just how many thousands of people would enjoy following the adventures of this endearing character. And let’s not forget his family and friends!

The Manolito Four-Eyes books are one of those special collections of books. The ones that, even though you’ve read them several times, you never get tired of getting them out again and getting back into his stories. This is simply because of all the fun and enjoyment you get out of the dialogue and situations he gets himself into.

So, today we’ll be telling you more about the books. You’ll also see why they’re still so popular and successful after over 25 years.

Who is Manolito Four-Eyes?

The main character of these hilarious stories is Manolito. He’s an eight-year-old boy who lives in Madrid, in an area known as Carabanchel Alto. Manolito is the undisputed star of this book collection. However, nothing would be the same without his family and friends that accompany him in each book.

We get to meet his family, formed by Catalina, his mother, the “queen of neck taps,” and Manolo, his father. We don’t see too much of his father as he’s usually busy with his work as a truck driver.

But, without a doubt, the two funniest characters in the family are “El Abu,” as Manolito calls his grandfather Nicholas, and his brother. The latter is more commonly known as the “Bozo.” He barely speaks and has a love-hate relationship with Manolito.

Like every child, his group of friends who he messes about with (and gets into trouble with) every day is totally indispensable. We’ll meet the “one-and-only Susana,” big-ears López, and the cocky Yihad. With all these nicknames, we can already get an idea of the fun this group of characters will get into.

They’re stories that describe and depict typical characters in Spanish society, people that live in one of the most hard-working and humble neighborhoods in the whole of Madrid.

To date, there are eight books that make up the Spanish collection; the last one was published in 2012. In English, there are currently two volumes, called Manolito Four-Eyes: The 1st /2nd Volume of the Great Encyclopedia of My Life, which are a compilation of his stories.

Below is a list of each of the individual Spanish titles, translated into English, and you’ll get an idea of what you’ll find in the compilations, as you get ready to enjoy reading about all the characters and their amazing stories:

The books that deal with Manolito’s childhood are the first seven, and the last of the books, That’s Better, Manolo, was published ten years later.

The reason for this is that, in the last book, Manolito is no longer 8 years old, but 18. However, we’ll still see all the characters we grew to love in the previous books. They’ve changed in different ways, but we’ll see an updated view of society and reality, just as in the first books.

Success on the small and big screen

Such was the success of this collection of books that it won the National Award for Children’s and Young People’s Literature in 1998. In addition to that, it reached the big screen, with two feature films, and was made into a TV series too.

The first film arrived in 1999, when six of the books in this collection were already on the market. The second part came out in 2001. As for the television series, it consisted of 13 episodes, and was broadcast on one of the most popular networks on Spanish television, Antena 3.

Ideal for those who find it difficult to read

Recommended for children from nine years of age, this is an ideal collection of books for children who aren’t used to reading in their free time, and find it difficult to find books that they can enjoy.

The simplicity of its stories, the variety of dialogues and situations that we find in its pages, along with its fun characters, are all key in having made Manolito Four-Eyes one of the most-read books in children’s literature. And even today, 25 years later, it’s still one of the essential classics.

Super Potato: Kids’ First Comics
In this article, we'll show you a collection of comics that are great for kids ages 3 and up. Your kids will love Super Potato! Read more »
Link copied!
Interesting Articles
Children's stories
Children's Books About Christmas Magic