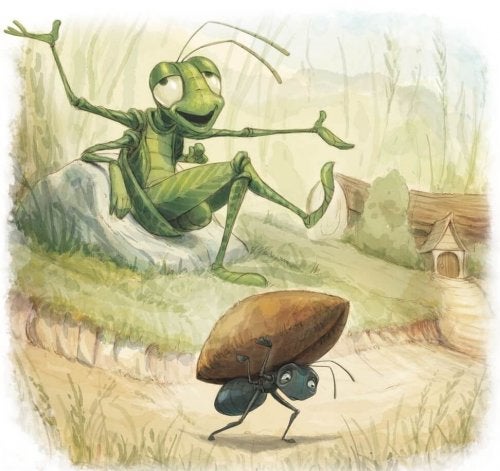 Fables are short stories led by animals and that always end with a moral. These short fables for children can help them understand the good from the bad.

Each culture has popular fables, so you’ve probably heard about some of the five short fables listed below.

The following fables are great examples of how the shortest road isn’t always the best. Nowadays, people want everything immediately, so it’s necessary to remember values like patience and persistence.

The Milkmaid and Her Pail

A girl was going to the market to sell a pail of milk. With the sale’s money, she plans to buy eggs, hatch some chickens and then sell them to buy even more animals and gain more money. However, she’s so distracted by her thoughts that she trips, the pail falls, and the milk spills.

Having plans, ideas, and projects is a good thing, but paying attention to what’s ahead is even more. If you don’t do the things you’re supposed to do now, these projects will be just that: ideas that’ll never get made, without any profits to be made.

The Ant and the Grasshopper

This fable tells a similar story to the first one, but from a different point of view. In this case, the grasshopper spends its summer singing while the ant keeps working, saving food for winter. Then, what happens when winter comes? The grasshopper has nothing to eat and it asks the ant for help, but the ant refuses to do so.

The lesson here isn’t about not helping others, but rather avoiding being lazy like the grasshopper. For example, if you teach your children to be persistent and help them good create study habits, they’ll focus more and it’ll pay off in the long run.

Over the years, goals aren’t as easy to achieve, so they’ll also develop their sense of responsibility.

Showing disrespect for others is one of our great weaknesses. What better way to teach them about humility with these fables?

The Hare and the Tortoise

In a race between these two animals, you can sense who’s going to win. But against all odds, in this fable, the tortoise wins. The hare is so sure it’ll win that it evens stops to sleep during the race. However, it sleeps for so long that it can’t reach the finish line on time, before the tortoise.

Looks can be deceiving and vanity is an enemy. Children shouldn’t compare themselves to their teammates. Winning or losing, having the best grades… it’s not what’s truly important. What really matters is the effort one makes.

The Lion and the Mouse

One day, a mouse wakes a huge lion up and asks it to let it live. In return, the mouse will help the lion whenever it needs. How could a mouse help a fierce lion? The lion couldn’t answer that either, but it let the mouse go.

A while later, some hunters captured the lion, so it roared as loud as it could to ask for help. The mouse heard it and it gnawed the ropes to free the lion.

The moral of the story is how important it is to treat others well because you never know when you might need their help. Helping without expecting something in return is also one of the basic pillars of creating strong friendships.

Another short fable for children

There are dozens of fables with great morals (The Town Mouse and the Country Mouse, The Fox and the Crow), but we’ll talk about one that’s as relevant for children as it is for adults.

The Hen that Laid Golden Eggs

Try to imagine you have a hen and, from time to time, it lays a golden egg. If this happens, it must be because the hen has gold inside, right?

Well, this is what the owners of the hen thought, but to their surprise, when they killed it, they found no gold inside. Therefore, they were out of golden eggs and the hen.

Greediness and impatience make us lose our way. Sometimes, conforming and taking care of what you have is the best you can do, because you can lose everything you have in the blink of an eye.