Benefits of Rhythmic Gymnastics for Children

Rhythmic gymnastics is a full-body discipline. Show your children some videos of this sport and ask them if they would like to try it. They may discover a new passion in themselves! 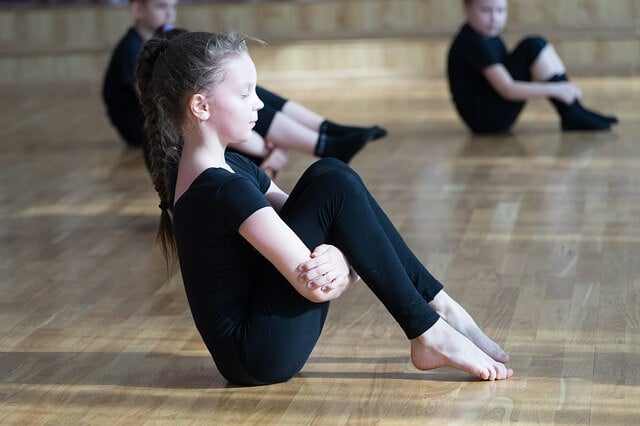 Rhythmic gymnastics is an activity that combines movements of dance and ballet. It also adds acrobatics and the use of instruments such as ribbons, balls and hoops.

Although many people doubt its advantages during childhood, there are many benefits of rhythmic gymnastics for children.

Although it may not be one of the favorite choices when choosing a sport for children, you should offer rhythmic gymnastics as a possibility.

In general, it is recommended that children be over 6 years of age to enroll in this discipline. If they do it before, they can hardly carry out the basic actions required by this sport.

By age 6, children begin to develop their spatial orientation. They also already have better control of their body.

Rhythmic gymnastics is also an activity suitable for boys and girls, although mostly women practice it around the world. It can be done individually or collectively, whether in duets, trios, quartets or quintets.

Benefits of Rhythmic Gymnastics for Children

Rhythmic gymnastics is a demanding activity, which has the following advantages for children who practice it:

If you’ve seen the movements that are performed in rhythmic gymnastics routines, surely you understand what we mean. This discipline requires difficult movements, which test the elasticity of children. In addition, they prevent flexibility from diminishing over the years.

Also, the stability that it demands makes their muscles stronger. It also helps burn calories and promotes metabolism, appetite and rest.

2. Connects Children with Their Bodies and Surroundings

In addition to the physical requirements, rhythmic gymnastics places great emphasis on the aesthetic. This means that children are perfectly aware of the movements they carry out. They are also perfectly placed in time and space.

With this, in addition, it can correct bad posture and, as a consequence, avoid injuries. Their balance will also benefit by practicing this sport.

The benefits of rhythmic gymnastics aren’t only physical. Being a sport that demands following certain planning in advance, the child cannot neglect what they’re doing.

As a consequence, memory and attention are also worked on. Undoubtedly, it’s an exercise that puts the whole body to work.

“Before the age of 6, children can hardly carry out the basic actions required by this sport. By age 6, they begin to develop their spatial orientation.”

Another element present in rhythmic gymnastics is music. Therefore, in addition to sharpening hearing, children will be in a situation that will require them to coordinate their movements with music.

5. Improves Their Quality of Life

The benefits of rhythmic gymnastics described above will put chidren in a better mood. Beyond being active, the practice of this discipline will help them develop their own proprioception. It also builds self-esteem and confidence.

Also, they begin to interact with peers and teachers. They will learn the value of teamwork, mutual support and group fun.

Beyond the benefits, we must also consider the arguments of those who oppose this activity. Although the general rule is to start after 4 years old, many say that they’re still very young.

The main debate has to do with the demands of this sport for young children. This includes both physical demands, with complicated movements and risky ones, as well as the mental component: remember that children have to memorize and synchronize complex steps.

It has also been linked to physical problems, such as delayed onset of menarche. Studies conducted in elite athletes in past decades have confirmed these effects of rhythmic gymnastics. These add to the possible injuries that all sports involve.

In addition, the fact of competing and submitting to the evaluation of a jury can be hard. Much more, of course, if they don’t get the score or feedback they want.

However, everything will depend on the level of demand that is exercised on children who do this sport. As in any other physical activity in childhood, the play aspect and the emphasis on the correct development of the child’s abilities should prevail.