Large families are like a party – full of laughter, games, differences and learning. Join us today as we take a look at the lives of a few famous celebrities with large families. 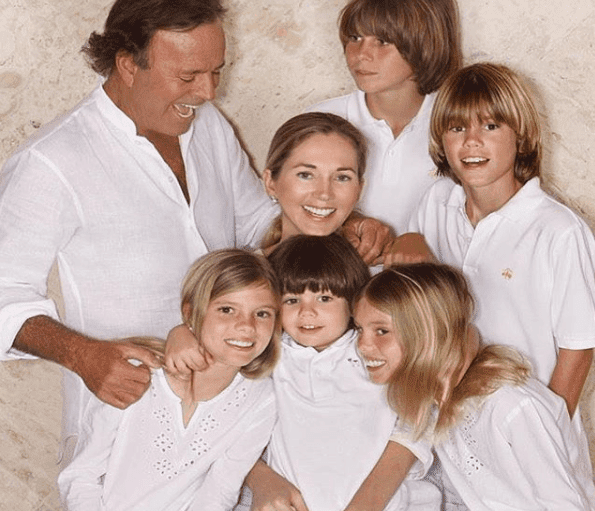 We’re seeing more and more celebrities with large families nowadays. Of course, it isn’t always easy to be under the public eye. Many public figures tend to use their families and homes as a refuge.

This allows them to live a simpler life and stay more in touch with reality. Such is the case of Angelina Jolie, who has a large family that is the result, in part, of altruistic efforts.

Some famous people have large families just because they can. But whatever the motive behind their decision be, large families tend to attract our attention. So today, we’ll talk about a few famous celebrities and their large families.

In this day and age, families that consist of mother, father and at least 3 children are considered large. Up until about 1970, many nuclear families included six or seven family members.

However, times have changed. Economic realities and the insertion of women in the workplace have made an impact. The number of members that make up the average family has decreased considerably.

However, there are many celebrity families that haven’t adhered to this trend. Of course, with their generous annual incomes, they can afford to support large families and hire full-time nannies.

It’s no surprise that these famous personalities decide to have more than three children. So, without further ado, let’s take a look at some of the most noteworthy families.

Singer Julio Iglesias, father to the singer Enrique Iglesias, is one of the Spanish-American celebrities with the largest families. In all, Julio has 8 children – three from his first marriage to Isabel Preysler. His other five children were born to his second wife, Miranda Rijnsburger. Without a doubt, we had to include this family on our list.

The Beckhams aren’t only an example of a large family, but also a stable one. David and his wife, Victoria Beckham are practically royalty in England.

David is famous all over the globe for his career as a soccer player. Likewise, Victoria is famous for her career as a singer, businesswoman, fashion designer and model. Thanks to their talent and hard work, they have plenty of resources to provide for their lot.

Their household includes four children. They have three boys: Brooklyn, Romeo and Cruz. Their youngest, a girl, is named Harper. With four beautiful children, they’ve made it onto our list of large celebrity families.

Of course, who hasn’t heard of the Baldwin brothers of Hollywood! For decades, the Baldwins have been in the spotlight as they’ve played important roles in a number of films.

Alec, Daniel, William and Stephen are the most famous siblings of the family. However, they also have 2 sisters: Elizabeth and Jane Anne.

Some of their children are also gaining fame. Ireland, the daughter of Alec Baldwin and Kim Basinger, is a famous model. Her cousin, Hailey, daughter to Stephen Baldwin, is also a model. She’s gotten some extra attention from the press lately due to her relationship with Justin Bieber.

“With their generous annual incomes, celebrities can afford to support large families and hire full-time nannies”

The Kardashians just may be at the top of the list when it comes to high-profile families. Their mother, Kris Jenner, should probably get the credit for that. Her first marriage to lawyer Robert Kardashian produced her first four children – Kourtney, Kim, Khloé and Rob.

While married to her second husband, Bruce Jenner (now known as Caitlyn Jenner), she had two more daughters – Kendall and Kylie. At the same time, she was stepmother to Caitlyn’s four children from previous relationships.

During the 90s, the Kardashians became somewhat famous because of their father’s representation of O.J. Simpson in “the trial of the century.”

However, in the beginning of the 21st century, their fame took on a whole new dimension. Thanks to the efforts of Kris as manager, the world started Keeping up with the Kardashians.

Through their reality show, the Kardashian-Jenners created a media empire that just keeps growing by the millions. Kris now has nine grandchildren, all of whom have appeared on television, magazines and the internet.

We couldn’t finish off this list without mentioning a few more world-famous athletes. Cristiano Ronaldo from the Portuguese national soccer team comes in with 4 children. With him are Spanish player Cesc Fabregas, who has 5 children, and Argentine Lionel Messi, who has 3.

Clearly, having a large family is a source of joy and happiness. And, for some of the families listed above, it’s also an economic and career advantage.