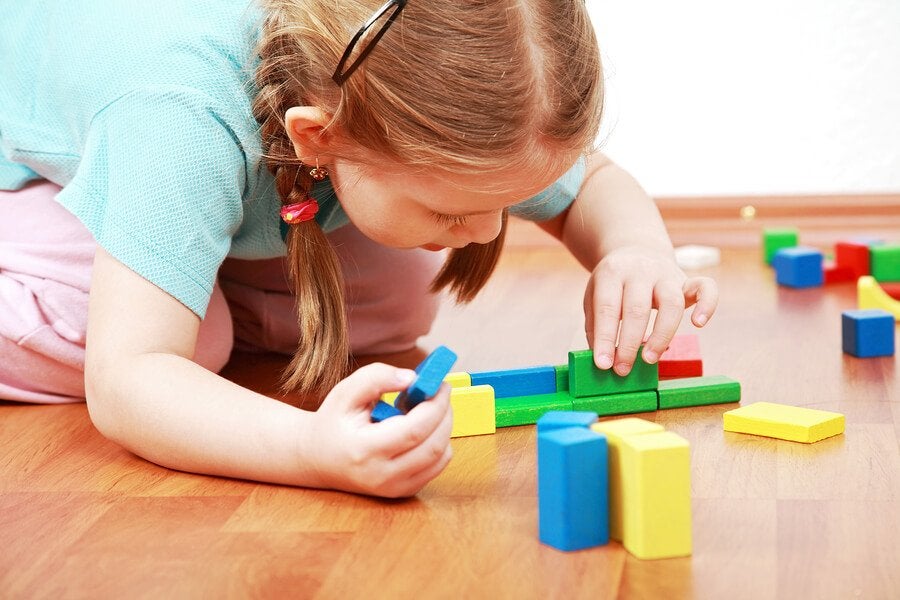 Parents should encourage their children to learn to play on their own at home. By doing so they’ll discover new skills and strengthen existing ones.

Learning to play on their own is a fundamental tool in children’s cognitive development, and is something that improves their independence and autonomy.

Encouraging children to do this allows them to make their own decisions without fear of making mistakes. It also helps them to explore new worlds using their imagination and fantasies.

Lots of children don’t like to play alone. They tend to get scared and look for the company of their parents. In the long run this isn’t good, as they will grow up to be too dependent on others.

Playing alone all the time isn’t good either, however. This will limit their interaction with other children and hinder their adaptation and integration into society. There must always be a balance.

If children learn to play on their own, it benefits them on a personal level. If they play in a group, it will help them relate to others, and develop their social and language skills.

Benefits of children learning to play on their own

Learning to play on their own has many benefits for children, such as:

They learn to control their own world; they are autonomous and assimilate new ways of relating to the things and people around them. At first they’ll ask for help, but eventually they’ll get used to trying to solve things by themselves.

They try to do things by themselves, and sometimes it doesn’t work out for them. As a result, they’ll learn by making mistakes and having to look for possible solutions. When they find those solutions by themselves, they become more assured and their confidence will increase.

It taps into their creativity and fantasy

The child who plays on his own has fun exploring his own inner world, creating characters, environments and situations that will take him to magical places. As a result, his imagination develops faster and he expresses his dreams and ideas in the way he wants.

When a child plays by himself, he does and says things that he might not dare to do in front of adults. By playing in this way he can figure out what works and what doesn’t. It’s best to give him freedom and space, but without ignoring the activity he is involved in. You can use these games as an ideal opportunity to correct and teach him about certain values.

Games played alone and with others can complement each other. Both are equally necessary for children’s correct cognitive and emotional development.

How can I help my children learn to play on their own?

It’s best to start gradually. It’s good for parents to play with their children for a time, and then let them continue on their own so they get used to playing by themselves.

Different types of games involving blocks and puzzles are ideal to start them off. If you begin the game with your child then he will become confident, and will soon learn to play it on his own.

You may have to go and answer a call or an email, which are good opportunities to let him play by himself for a few minutes. Telling him to carry on playing until you return helps him to gradually gain independence.

“It’s good to give freedom and space to the child, but without completely ignoring the activity he’s involved in”

You shouldn’t be away for more than five minutes. Your child may feel abandoned and that, of course, is not the intention or the purpose of the exercise. From 2 or 3 years of age, the child really enjoys playing on his own, and has great fun exploring the magical world he’s created.

When children are older, electronic games come into play: consoles, computers or tablets. These games can create a lot of addiction, so you should let them use them only at set times.

For children and parents, it’s essential to find a balance between playing alone and with others. Wanting our children to learn how to play on their own shouldn’t prevent them from having fun with other people.

Like any other process, teaching children to play on their own requires a lot of patience and some discipline. It’s good to want to share moments with our children at every stage of their life, but we should also understand that they need their own space to develop their skills.

Playing on their own will really help children to develop their autonomy, confidence and imagination.

Link copied!
Interesting Articles
Activities and games for kids
The Role of Parents in Children's Sports