3 Popular Children's Movies Based on Books

Movies and reading can make the perfect combination for children who are learning to read. 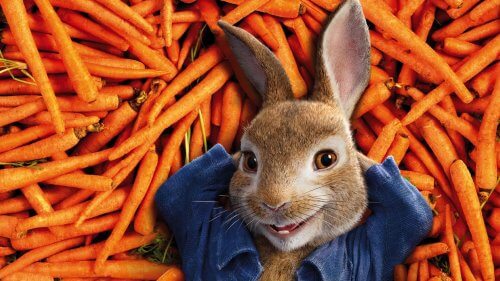 There are many popular children’s movies based on books that you might not know about. These movies can provide the key to awakening your children’s interest in reading. It will allow them to develop their imagination and memory by comparing and contrasting different aspects of the films and their source material.

In this article, we’ve provided a selection of children’s movies based on books that you can use to enjoy the worlds of film and reading as a family.

Children’s movies based on books

1. Movies based on books: The Footballest

Without a doubt, one of the most popular series of children’s books is The Footballest, which has even sold out in bookstores.

This series (originally written in Spanish) features a number of elements that have contributed to its massive popularity:

In August 2018, a movie based on the first of these kid-starring books arrived in theaters. It seems certain that the series’ popularity will lead to more instalments.

Although the movie stars the same characters as the books, it isn’t necessary to read the books in the order they were published.

This is a positive aspect for children who haven’t yet developed a taste for reading, since they can start with any book in the collection that grabs their attention.

Although the adventures of Peter Rabbit were published many years ago by famed author Beatrix Potter, it wasn’t until 2018 that a film based on these stories debuted in theaters.

The film is a mix of animation and live-action, depicting the adventures of Peter Rabbit and his family and friends, as well as their relationship to the humans in the story.

Despite the gap between their publication and leap to the big screen, the adaptation of Potter’s stories received an enthusiastic welcome from children around the world. The stories are so popular that they’ve been published in more than 25 languages and are available in many countries.

As is the case with The Footballest, your children can choose any book in the series they like and start from there.

Ferdinand was originally published in 1936, during the Spanish Civil War, by author Munro Leaf. However, it wasn’t until many years later that it was illustrated by Walter Klemke. This was due to censorship under the country’s dictatorship at the time.

The story’s illustrations were so wonderful that Klemke received the Golden Apple Award at the Bratislava Biennale of Illustration.

In 2017, the bull starred in a children’s film based on the book. Recommended for children seven and up, the story will make them reflect on the world of bullfighting.

The story features a bull who is different from his peers. Instead of wanting to compete with the other bulls, he likes to enjoy the countryside and flowers around him.

Both the film and book are sure to spark interest in children and adults alike. Unfortunately, its themes are still relevant many years after Leaf originally wrote it.