Couples that Have a Fear of Marriage

Fear of marriage is something that often happens to couples when the wedding date approaches and the hassles of planning a wedding start to weigh you down. But that's not the only reason. Your current situation or comments from those around you are other factors that can have an influence. 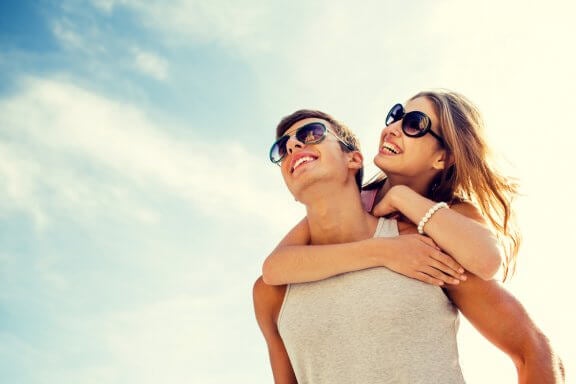 Fear of marriage is more common among couples than it may seem. Making all the preparations and putting together a wedding can become stressful and overwhelming. Sometimes you may even want to cancel the whole thing because there are so many different things to pay attention to.

But in this article we aren’t talking about this type of normal fear, which any engaged couple may have as their wedding date approaches. We want to talk about the fear of marriage that comes up for some couples without any apparent reason, simply when they start to think about it.

Although the fact of getting married, in and of itself, is nothing more than a legal commitment, what causes the fear in many cases is that the marriage implies a loyal commitment.

The influence of your surroundings

Quite frequently, fear of marriage is influenced by social factors. In other words, you may be influenced by the people around you and the fears they impose.

How often have you heard someone say, “Once you’re married, your whole life will be different“? And as if that wasn’t enough, that phrase is frequently followed by: “and you’ll regret it.”

This is just a way to negatively influence the thoughts of the engaged couple, who may start to fear they’ll lose certain parts of their current lives.

The most important thing is to avoid paying attention to these types of comment. There are couples who decided to separate after marriage for various reasons. But there are many others who have found their relationship to be stronger after getting married.

You can’t think that everything will turn out badly, least of all because of what the people around you say. Getting married has often been a cause for “jokes and laughter” on the part of friends.

When this fear manifests in the form of a phobia, it has to do with worry, and sometimes external help will be required to overcome it if it affects a person’s mental health.

Anxiety, obsession, and impulsive actions are common symptoms that can be a result of this type of phobia.

The game of emotions

Psychology and thoughts play a fundamental part in overcoming this fear. These two factors will be the ones we’ll return to in discussing fear of marriage in relation to the emotions.

In the first place, the current conditions of your life come into play – for example, if you don’t have financial or job stability, have a lease for an apartment, etc.

All these factors may lead you to think the other person doesn’t want this type of life. Or maybe you think that your life is such a “disaster” that you prefer not to share it with them.

You must realize and understand that if your partner is with you then it’s because they accept whatever instability you think you have in your life.

The most important thing for a couple is to talk and clarify all issues from the beginning to avoid future problems.

In the second place, feelings also come into play, such as past situations that can damage a person. There are various cases when a past relationship has hurt someone and as a result, they’re afraid to commit themselves again. They’re afraid they’ll suffer again the same way.

This type of fear is much more common than you might think. It may be the most common cause of fear of marriage. The solution, although in many cases it’s more complicated that you think, is to think that a relationship will always turn out poorly, but rather the opposite.

Oftentimes, life is just putting obstacles in our way so that we can truly appreciate what we have in the present.

No, Motherhood Doesn’t Ruin Your Friendships
When we become mothers, many things change, including our social lives and friendships. Motherhood is a beautiful time in our lives. Read more »
Link copied!
Interesting Articles
Activities and games for kids
The Role of Parents in Children's Sports