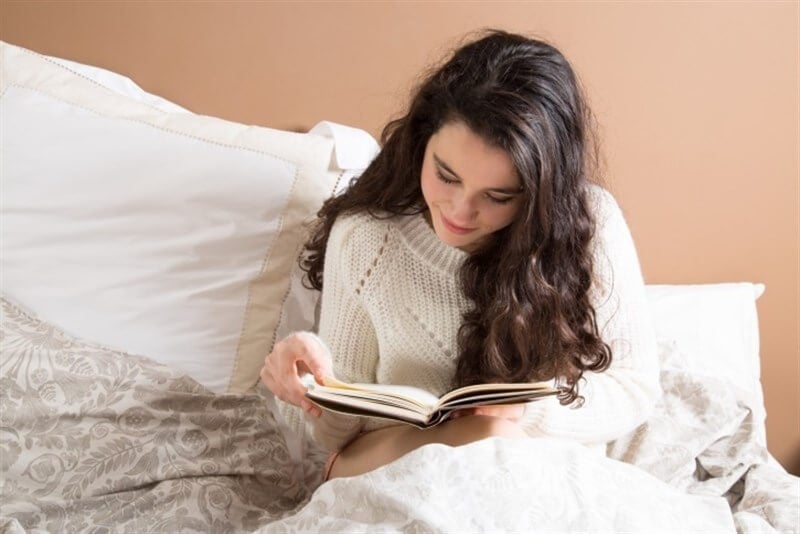 Teenage years are a very difficult stage. The body produces a number of changes that teens can’t control.

Along with those changes come the first sexual instincts, and hormones have free rein.

In this context, books have an important role for adolescents. Although at first glance, this may seem irrelevant.

What could books possibly have to do with the physical and psychological development of teens?

Are teens even interested in reading? Wouldn’t it be better to reach them through some sort of technology?

To address these questions, we first need to get rid of the stereotypes regarding teens and lack of ambition.
.
It’s not true that teens are apathetic, superficial, or that they only care about having fun. They’re individuals under constant change, and sometimes they just need someone to listen to them.

Once we get rid of that subjective viewpoint, we should give our teens all the support and information they need.

Thanks to the books we’ll mention below, part of the work will be done for your.

The fantasy novel Momo was written by Michael Ende, author of the well-known novel The Neverending Story. The main character is a young girl that appears suddenly in an abandoned Roman amphitheater.

Soon, she makes friends with the inhabitants of the nearby town and discovers she has a great gift for listening to others.

Although it may seem like a typical children’s story, Momo is so much more than that. It’s a story about understanding, empathy and thankfulness.

At the same time, the villains – the Men in Grey – represent a criticism of consumerism.

The Catcher in the Rye

The main character of this classic novel, Holden Caufield, is a self-contradicting 17-year-old. He has just been expelled from prep school and feels unable to face his parents.

So, on his way home to New York, he stops to stay at a hotel. There, he passes through a series of experiences that allow the reader to know him better.

When The Catcher in the Rye was published, the book raised controversy for including information about sex and teen angst. Its language is clear, fun and familiar.

“There is more treasure in books than in all the pirate’s loot on Treasure Island.”
–Walt Disney–

The Diary of Ann Frank

The Diary of Ann Frank is an ideal book for teenage readers. The diary was written between the years 1942 and 1945 and tells the life of the young Jewish writer who was later killed in a Nazi concentration camp.

Ann and her father, mother and sister had to hide in a secret attic in Amsterdam during the Nazi invasion.
They stayed in the attic with another family for 2 years until, unfortunately, they were discovered by the Gestapo.

To this day, the book provides both an intimate look into the thoughts and feelings of a teenage girl, and a reminder of one of the darkest moments in recent history.

Bram Stoker created the character of Dracula based on the historical figure of Vlad the Impaler, a Slavic noble that committed atrocities during the 15th century.

The novel’s fictitious protagonist is a vampire who manages to travel to London in order to carry out his misdeeds. One of his victims is Mina Harker, the young bride of his lawyer, Jonathan Harker.

Harker, along with his friends, come together to confront Dracula and his henchmen. Mystery and action are sure to follow.

Around the world in 80 days

This literary masterpiece was written by author Jules Verne. It tells the story of Phileas Fogg and his newly hired valet, who accept the challenge of travelling around the world in just 80 days.

They encounter endless adventures in all different countries, and have to fight against all sorts of adversity.

A book such as this one allows youth to go above and beyond to investigate for themselves the world around them.

Who hasn’t had the desire to travel the world with friends at some point or another?

Othello is one of the best books for adolescents ever written. Though its facade is that of a tragic piece written by Shakespeare, its basis fits perfectly with youth education: The issue this book deals with is jealousy.

Shakespeare’s masterpiece is an excellent tool for teaching teens that people are not possessions. Relationships should be based first and foremost on trust and respect.

If those components don’t exist, the connection will soon disappear. Jealousy, in turn, carries with it great dangers that can destroy everything.

To understand our children, we must change the perception we have of them. Their tastes aren’t based solely on meaningless commercial content.

Books for teenage readers cover a wide variety of topics, and you may even want to read them for yourself.

Getting to know your kids’ world will help you get a deeper understanding of their view of life.