4 Hairstyles for Girls with Short Hair

Just because your little girl has short hair doesn't mean you can't explore different possible hairstyles. Today we'll leave you with a few great ideas to experiment and enjoy together. 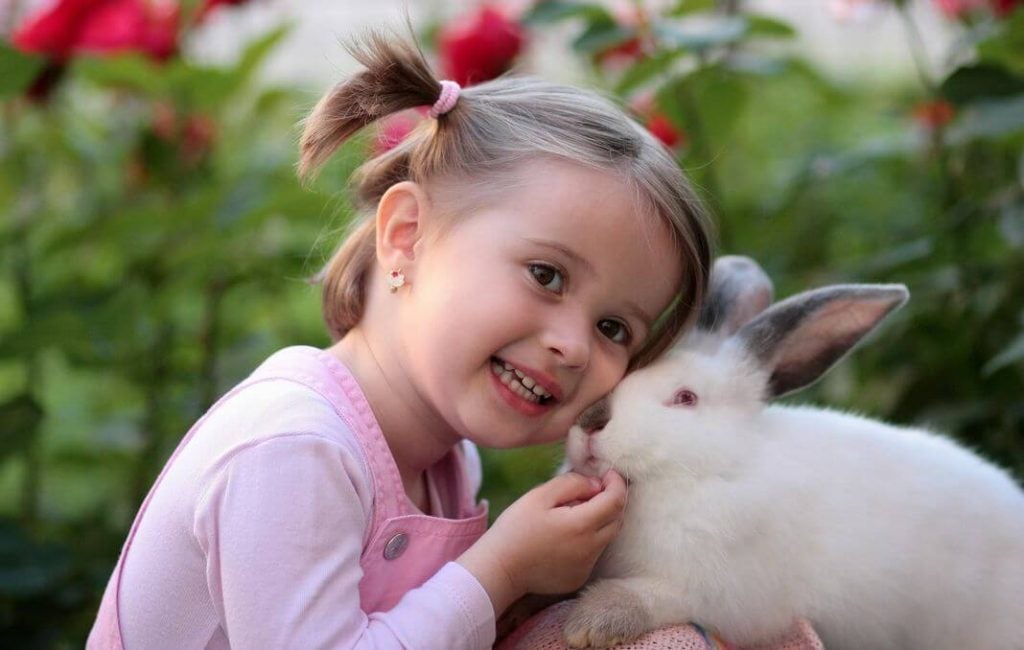 Just as with teens and adults, a hairstyle should complement a person’s facial features and make them stand out. In this sense, short hair is just as complementary as long hair.

What’s more, your child’s short hair makes her unique qualities stand out even more. Below, we’ll provide detailed descriptions of several ideas for short hair so that you can try them at home.

Try them out with your daughter and see which one you both like best!

Hairstyles for girls with short hair

There’s one thing we can’t argue with: The options for short hair are somewhat more limited than they are for longer hair. However, that just makes the challenge sweeter!

Your hands have just what it takes to give that touch of distinction to your precious little one’s do.

We’ll start off with a very simple style that’s easy to create. To begin, part your daughter’s hair to one side.

Then, a few inches back from your girl’s hairline, create another separation that goes from the part all the way to the opposite ear.

Gather all of the hair that is outside of these two parts and tie it with a hair tie.

Working with the bunch of hair that is not tied back, use a comb to separate a small portion along her hairline.

To do so, create a line with the comb that goes from her side part to the opposite ear, just a bit back from her forehead. Gather this lock of hair with a small colored hairband.

Now continue by separating another small bunch of hair just behind the last. Tie this new bunch together with the last, using a different colored tie.

Continue until you’ve used up all of the loose hair, using a different color with each new lock. You’ll have created a sort of imitation French braid.

As a final step, join this braid together with the initial ponytail you made with the rest of her hair.

You can also simply loosen the rest of her hair and leave it down. Either way, you’ll be pleased with the results.

Use a comb to draw a square on the top of your daughter’s hair. In other words, create two side parts and another line towards the crown, from one side part to the other.

Tie all of your girl’s hair back, except this square. If your child has bangs, separate them with a clip to keep them out of the way.

Repeat the steps described in the previous hairstyle, dividing the square into smaller locks and fastening them with colored bands. Just as before, you’ll join each lock with the previous ones.

The following step consists of taking the remaining hair (outside of the square) and separating it into two pigtails. Join the “braid” you created with one of the pigtails.

As a finishing touch, wrap a ribbon around each of the pigtails and tie it in a bow.

If your child doesn’t have a lot of hair, or her hair is still very short, there’s no need to worry. On this list of short hair styles, we’ve got one that’s just perfect for your little one.

Part your daughter’s hair to the side and grab lock after lock starting at the front and going backwards.

With each bunch of hair that you separate, twist it around your finger and tie it off with a small hair tie. As you advance, join the strands, going towards the back of the head.

When you reach almost to the crown of your little girl’s head, attach one final rubber band and leave the rest of her hair loose. You can also add a ribbon or bow for a finishing touch.

Neatly comb her bangs and the hair at the sides and back of her head to complete this gorgeous look.

When you think of braids, your mind might automatically assume long hair. However, braids are perfectly adaptable to shorter do’s.

In fact, we’ll even show you a way to style a braid even if your daughter has very little hair.

First, separate your little girl’s bangs and comb the rest of the hair back. Separate the hair into several small strands along her hairline, tying them off with tiny rubber bands.

Now, divide each tiny ponytail into two and join half of one ponytail with half of the next ponytail.

Once you’ve worked from one side to the other, tie off the last strand of hair. While you could just add a bow and leave the do as it is, we suggest adding a ribbon.

Start the ribbon on the side where you attached the first rubber band, and weave it below the root of each “braid.” When you get to other side, you can simply tie the ribbon off, or attach a bow.

As you can see, these hair styles for little girls and babies with short hair are simple and beautiful. For best results, try to do them while your daughter’s hair is wet, and she’s calm.

If your child isn’t in a good mood, or is feeling active, wait for a better time. After all, what matters isn’t so much the hairstyle, but rather the time spent together as mother and daughter!