Paternity Leave: Everything You Need to Know 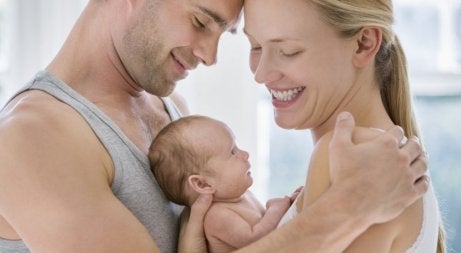 In Buenos Aires, Argentina, for example, the governor announced an extension this month in paid leave for new fathers. While in the past, dads were only guaranteed 2 days of paid paternity leave, they now have 2 weeks. What’s more, they can take up to 120 days of unpaid paternity leave.

Argentina isn’t the only country that allows fathers to take time off to care for and enjoy their new babies. For example, Mexico offers up to 25 days of paternity leave, according to sector. Fathers in Venezuela and Ecuador have the right to 14 days of leave. At the same time, Colombia allows for 8 days of leave.

The rates in the rest of Latin America, however, fall below these numbers. Brasil offers working fathers just 5 days of leave to spend with their newborns. Ironically, Brasil, as well as Cuba, are the countries that offer the longest leave to new mothers – 120 days.

Chile also offers 5 days of maternity leave. While Ecuador offers some fathers up to 14 days, the number varies from case to case. Some Ecuadorian fathers only have the right to 5 days.

Paternity leave in other countries around the world

What are the benefits of extending paternity leave?

For starters, the issue has to do with the fight of many labor unions in gaining recognition of their workers’ roles as fathers.

However, the measure is really aimed at benefiting women. Women not only benefit on a domestic level, but also on a professional level.

How does this benefit women on a professional level? If fathers possess a right to leave of absence that is similar to that of mothers, then gender discrimination will decrease.

Currently, women don’t only suffer discrimination during the hiring process. They’re also often subject to less pay, in part because they have the potential to take longer leaves. As a result, employers often prefer men.

This is a detail that the world needs to pay more attention to. While society has eliminated many inequalities, there are many more that we need to correct.

For example, a recent news report pointed out that only 34 countries comply with the International Labour Organization’s recommendations. The ILO recommends at least 14 weeks of maternity leave for women, with pay being no less than two-thirds of previous earnings.

Furthermore, the great majority of workers in the world (around 830 million, 80% of whom reside in Africa and Asia) lack sufficient maternity protection.

“However, the measure is really aimed at benefiting women… Currently, many women suffer discrimination during the hiring process as well as regarding salary in part because they have the potential to take longer leaves”

There are a infinite number of tasks involved in caring for newborns. And when it comes to first-time parents, the job can be even more daunting. Mothers, who must recover from giving birth (whether natural or C-section) need the help of their partners.

Fathers play a fundamental role in the early stages of a child’s life: providing the early parental contact that babies need, going out to buy last-minute items, bottle feeding, tending to older siblings, the baby’s first bath… All this, and so much more.

As if this weren’t enough, mothers and babies aren’t the only ones to benefit from paternity leave. Having time off after the birth of a baby is good for the father’s health as well.

Postpartum depression in men is more and more common. This is just one more reason why fathers also need the right to paternity leave to take care of their partners, children, and themselves.

How to request paternity leave

The process for requesting paternity leave is different according to each country. In most cases, you’ll need to present the child’s birth certificate in order to make your request.

Just the same, it’s important to talk with your employer beforehand to avoid any misunderstandings or conflicts regarding the time off.

Last but not least, keep in mind that, while most countries allow for paternity leave, this doesn’t always come with pay.

Take the time to do your homework and look into national and local laws that apply to you. Also, find out what policies your particular employer has in place.