More than two decades have passed since Nintendo Game Boy welcomed Pokémon, one of its most popular and successful franchises. So, why does it continue to be so popular today? 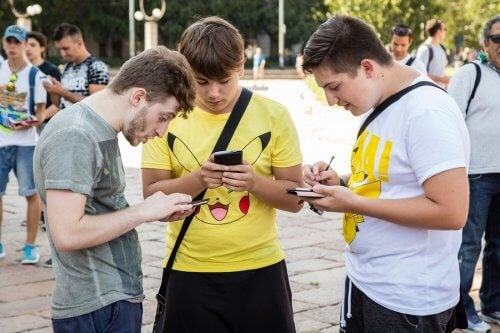 More than 20 years have passed since children around the world discovered the marvels of Pokémon, throwing Pokeballs and fighting nonstop to grow as trainers. The Pokémon phenomenon created a revolution that is still growing, with important achievements on its back.

This is none other than the second most successful video game franchise in history, standing only behind the Mario Bros. We’re talking about the irreplaceable Pokémon phenomenon. Despite the passing of time and the appearance of giant rivals, Pokémon is just as alive today as ever.

Its sales measure by millions of dollars; the number of video games that the franchise has created is remarkable. Its fan base is one of the most spectacular in the industry, and has been and will be passed on from one generation to the next. In short, the success of Pokémon is undeniable.

We can’t talk about the Pokémon phenomenon without mentioning its creator, Satoshi Tajiri. Tajiri makes very few public appearances, such as interviews with the press, and he doesn’t allow himself to be photographed.

The origins of the Pokémon phenomenon

Known as Dr. Bug in school, Tajiri loved to explore his city’s rural countryside to capture insects, dreaming of becoming an entomologist. He was somewhat of an outcast in his class and had a hard time being social.

Eventually, he was diagnosed with Asperger Syndrome, a type of autism. However, what most failed to see at the time is that Tajiri possessed a brilliant mind.

As time passed by, children stopped spending their time playing on the streets and started heading to arcades. This shift lead Tajiri to a great idea: Taking his childhood pastime to the world of video games. And this is how Pokémon came to be, along with Ken Sugimori, who designed the images of the creatures we know today.

The beginning of Pokémon didn’t take place on the big screen. Its illustrations appeared for the first time in Game Freak. Game Freak was a magazine created by Tajiri and Sugimori that published video game tricks. The magazine came to sell more than 10 thousand copies of each edition, which allowed the duo to hire personnel to keep their project in constant evolution.

Game Freak continued to grow and became a company that started to look at other new paths in the creation of video games. After Quinty – its first success in 1989 – they initiated a new project: Pocket Monsters. The game combined Tairi’s ideas with Sugimori’s designs, as well as the suggestions of Shigeru Miyamoto, the creator of Mario Bros.

The beginning of its success

In the Japanese market, this project managed to sell a million copies in its first year. The name Pocket Monsters was abbreviated to what we know today – Pokémon – a game that became a complete success in the United States as well.

Things didn’t stop there. Tajiri had a great idea: To create a secret character within the game that players could only obtain through Pokémon distribution events. He called it Mew, a cat-like creature added to this first edition at the last minute which gave it even more popularity.

Word quickly spread about this new character hidden among the shadows. This, in turn, gave way to myths and rumors regarding the video game, keeping the interest and intrigue of its players alive.

The magazine CoroCoro Comics announced a competition in which the winners would be the first to obtain a Mew in their consoles. And thus the Pokémon phenomenon began.

Pokémon is an undeniable global success. One of the reasons for which it obtained and maintains its place of honor is for its varied video game catalog.

Each game possesses a spectacular story line, which develops when one decides to leave his or her hometown to become a master trainer. The goal is to become league champion by capturing all the creatures.

Each new version is referred to as a generation. Each new generation brings with it new species, moves, stories, abilities and vast improvements in regards to graphics. These are the main characteristics of each generation:

“Pokémon is none other than the second most successful video game franchise in history, standing only behind the Mario Bros.”

The evolution goes beyond video games

Video games are what have made the Pokémon phenomenon possible. But, without a doubt, the phenomenon is much bigger than that. It also involves Anime adventures, which include more than 900 episodes, as well as a large number of Pokémon movies.

It’s clear that Pokémon isn’t just a video game. Over the years, it has appeared on movie theater screens, clothing, backpacks, comics, playing cards and all sorts of merchandise. And of course, it has created a common sensation: Combat and overcome.

This is a phenomenon that has cultivated a large number of collectors. These faithful fans cherish each item in their collection as a reminder of their childhood. And children too are among the fanatics, as Pokémon continues to capture the attention of new generations.

Violent Video Games During Childhood
If you're worried that violent video games might alter your child's behavior, keep reading. In this article, we'll tell you everything you need to know. Read more »
Link copied!
Interesting Articles
Sports and activities
3 Easy and Fun Crafts for Children