Benefits of Rubik's Cube for Children

If you're wondering about the benefits of Rubik's cube for children, pay attention. Here we'll highlight the advantages of this great pastime for both children and adults. 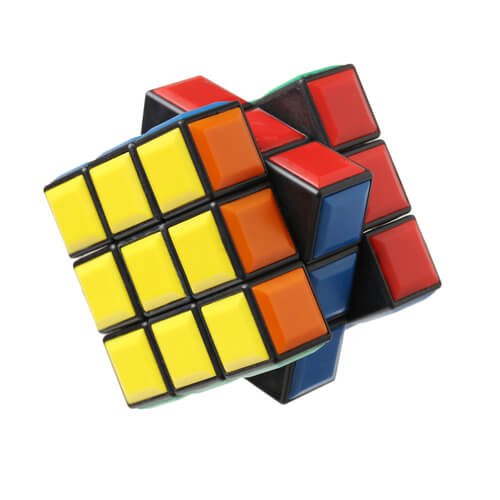 Rubik’s cube is a hobby with many benefits for children. This small object was invented in the year 1974 by the Hungarian Erno Rubik, a professor of architecture who didn’t initially realize that he had created a useful puzzle.

Its initial purpose was to help school-age students understand the structure of objects with various dimensions.

After having created it, the inventor realized that he had designed a puzzle with complex difficulty the moment he tried to return the pieces to their original places after rearranging them.

Without knowing that it would bring great benefits, it’s been used ever since as a hobby for children and adults alike.

What is a Rubik’s cube?

Rubik’s cube is an object with six faces. Each of them has small squares in the following colors: green, white, red, blue, orange and yellow. This variety is precisely what makes the object appealing to children.

It has an internal device that holds each of the faces together while also allowing them to be rotated. The idea of the game is to mix all of the colors and then try to put each of the pieces back in place so that all the faces have squares of the same color.

It’s an easy game to understand and to tinker with, but it has enough complexity that it requires a lot of attention and dexterity in the hands. It also requires excellent memory skills to remember each movement of the pieces.

Thanks to the complexity of the solution, this activity has many benefits for children.

Benefits of Rubik’s cube for children

To efficiently solve a Rubik’s cube, children must remember each of the movements made to bring each color to its place. This action activates their memory and capacity to store information.

To find a solution, children must have the ability to study different ways of solving the cube puzzle. This game offers as many benefits as playing chess.

It also improves spatial learning, since children exercise their ability to grasp similarities and differences between the various parts of the object when solving the puzzle. This helps them understand different circumstances.

Some of the benefits of the Rubik’s cube for children include patience, attention and perseverance.

To solve the puzzle, children have to keep working on the same activity for a long time. It also promotes concentration, which is one of the main elements needed to complete this game.

“The original goal of Rubik’s cube for children was for school-age students to understand the structure of objects with various dimensions.”

It also encourages creativity in both children and adults, since you can take several routes to solve the puzzle. Children must use ingenuity to try to create different ways to solve it successfully.

This small and beneficial game can be taken anywhere thanks to its design. This way, children can take advantage of all the benefits of the fabulous Rubik’s cube at any time.

Rubik’s cube for children is the best-selling toy in the world, so much so that they have designed different 3-D shapes. Now you can find Rubik’s cubes for children in pyramids, spheres, prisms, and more. All of them are very beneficial and fun.

In this competition, the participant has only 15 seconds to study the cube and start their movements.

It has been proven that there are more than 43 billion possible resolutions to achieve the expected final result. According to researchers, this fabulous puzzle can be solved in only 26 movements. This is the smallest amount of movements with which it has been resolved in competitions.

So, now you know: if your child asks for a Rubik’s cube, don’t hesitate to say yes. It has many benefits!

Link copied!
Interesting Articles
Activities and games for kids
Creative Games and Their Importance for Children

Sports and activities
7 Sensory Activities and Crafts for Restless Children

Playing board games is an entertaining activity for the whole family to enjoy together. Plus, you can play them any…

Children usually love music and have a great time experimenting with it. So, if you have young children at home,…