Is It Good for Teenagers to Have a Summer Job?

Teenagers benefit in several ways from getting a summer job. Not only does it help them financially, but it also teaches important values and useful responsibilities for their future. 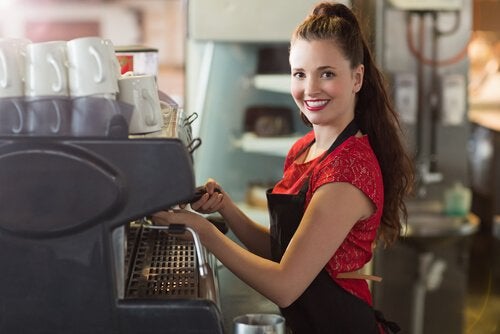 Teenagers should be encouraged to take on a summer job. If they’re under 16, they can’t work formally, yet there are simple jobs that let them earn money. In addition, they learn independence and a sense of responsibility.

Summer breaks are a long period of free time where teens can mature and grow. Outside the classroom and home, there are lots of opportunities for teens who want to start working.

If the parents agree, the first thing to do is focus on their options. It’s important to think of your children’s interests. If they like their job, their experience will be much more beneficial.

Every state has laws to regulate adolescent work. It’s a good idea to look over them, as well as the schedule and pay for each age range. Keep in mind that teens deserve the best pay for their effort.

Tips for teenagers with a summer job

There’s nothing wrong with teenagers working in the summer. However, if this is their first job, they need to prepare for interviews.

When the employer asks, “Why do you want this position?” a teen’s first thought might be money. However, teenagers need to know what to say to give them an advantage over the other candidates.

Before starting a summer job, they need to know that by working, they’ll get lots of advantages. Here are some of them:

With a summer job, teens learn to socialize and build their self-esteem. They’ll understand that they can be free and independent of their parents.

In addition, they’ll start to value their commitment to others, as well as substitute lounging around for being productive.

Summer jobs help teens learn what they want to do as an adult. In addition, teens who work in the summer get a glimpse of the workforce.

They might have more flexible schedules and less hours than adults, but they still need to learn commitment and discipline.

Adolescents learn new skills that will be useful for their professional development. Many jobs have a training and certification phase.

Even if it’s a temporary job, once you finish, you can get a letter of recommendation. You can attach this to your resume.

They’ll also be less likely to waste it. Some teenagers apply for jobs to save up for something they want or to pay for school.

“With a summer job, teens learn to socialize and build their self-esteem. They’ll understand that they can be free and independent of their parents.”

How to find a job during summer break

Many people say that summer is for taking a break from school and having fun. However, that doesn’t mean that adolescents can’t get a summer job too. It’s a matter of knowing how to find a good one.

Choosing to work needs to be a voluntary decision. In addition, the job needs to align with the teen’s future plans.

The most common and recommended jobs are babysitting, walking dogs, tutoring, washing cars, and gardening. Generally, these jobs are in someone’s home and with well-known people. Also, you could be a receptionist in an office.

Other options, like being a lifeguard or camp counselor, require more responsibility. However, if it’s what the teens want to do, it can be a rewarding challenge.

Your teen might decide to take on a more specialized job, which will be worthwhile. Handling brochures or making custom items are other great options.

Do summer jobs interfere with development?

As teenagers start reaping the benefits of their jobs, they’ll want to do more and more. More work means more income. This is where parents struggle with giving their teenagers more independence. However, you’re still able to remind them of their obligation to study.

A recurring fear among parents is that their children will become so independent that they’ll want to leave school. However, statistics show that this isn’t the case.

At this stage, teenagers have barely started seeing how much life costs. They still can’t make it on their own. Considering this, it’s worth giving them the chance to have such a rewarding experience.