"Wreck-It Ralph!" – A Great Movie for the Whole Family

"Wreck-It Ralph!" is an ideal movie to watch as a family. It's entertaining and fun. It really is perfect for both children and adults, since everyone will feel identified with the plot, which is full of references to classic video games and current technology. 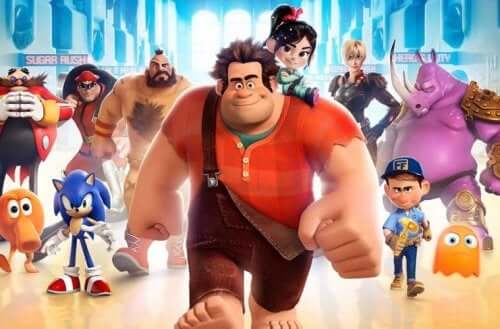 Director Rich Moore created Wreck-It Ralph! as an animated film and produced it in 2012. The Walt Disney production company made the movie, which has won two awards and five festival nominations. But, what makes this film so unique?

It appears to use Pixar’s formula, as Moore and his team of animators evoked similar sweetness and wit. It certainly is an ideal film for children and adults to watch together, linking 3D animation and video games.

Full of humor and action, Wreck-It Ralph! combines moments of adventure and nostalgia; it questions friendships and even discusses existential crises that come with age. The secret of its success is the genuine enthusiasm for the creative potential of the games.

The film includes a collection of characters; some are new while others more recognizable by people of all ages. All the video game characters come alive and interact, as they do in the Toy Story movies. Wreck-It Ralph! contains the same combination of adventure and nostalgia.

Without a doubt, the main asset of this animated 3-D movie is its humanity. The way in which virtual toys fight for their dignity, respect, and longevity. This is what makes the film much more entertaining and convincing; it also lightly mocks our social obsession with video games.

The protagonist of this film is Ralph, an unfortunate villain of the 80s. Like any true Disney animated hero, he suffers an identity crisis. He tries solving it by becoming a hero in another game.

Ralph’s goal is to shake the rules and travel through the different arcade worlds to achieve his only goal, which is to prove to everyone that he can become a hero. But deep down, he just wants everyone to like him.

The film also has several well-known video game characters; in fact, each frame takes place within a video game. Most of the action occurs within the machines themselves, which are intelligently represented as being connected by a train service that passes through the communication cables.

His unique mindset in the pursuit of his goal leads him to abandon his retro platform game and jump through screens at the arcade. Ralph pretends to find new and brave game worlds and the medal of an elusive hero.

The plot thickens quite early since it introduces many rules of how the worlds work, plus the stories of the different characters, and a significant number of jokes. The movie targets the jokes towards parents, as children won’t remember the classic games that they’re referring to.

“The way in which virtual characters fight for their dignity, respect, and longevity makes the movie much more entertaining and convincing.”

Its similarity to Toy Story

Many point out that Wreck-it Ralph! seems to imitate the movie Toy Story, by Pixar. Indeed, there is a superficial similarity: both animated films focus initially on the relationship between children and their toys.

However, while the film begins in a game room, where children meet with these characters, it intermittently starts to address how the characters interact with each other within the game. Therefore, it makes less reference to human contact.

Both films play with the idea that the rich and elaborate lives that children imagine for their toys aren’t an illusion, but rather the tip of the iceberg compared to their real worlds.

On the other hand, because both films are nominally aimed at children, there’s a certain similarity in the messages about the importance of being yourself and of liking yourself, and about the redeeming power of friendship.

This represents a paradigm shift for Walt Disney. The fact that Wreck-it Ralph! has such a consistent balance of both Disney and Pixar elements makes it one of the best-animated films created to date.

In short, it’s an animated film that’s full of references that’ll surely make every arcade game fan giggle. So, sit down with your kids and enjoy one of the best Walt Disney films ever created.

Movies that Teach Children About Love for Animals
Love for animals is one of the most important values ​​we should teach our children. With these movies you learn about it and have fun at the same time. Read more »
Link copied!
Interesting Articles
Games and cartoons
Why Do Children Love PAW Patrol So Much?