The 20th Week of Pregnancy 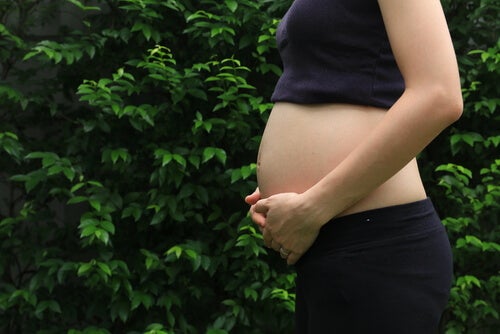 Today, we’ll tell you everything that happens to the baby and to the mother’s body in the 20th week of pregnancy.

This week marks the midpoint of gestation. At this time, the key controls are in place and the ultrasound can show the baby’s sex.

The baby in the 20th week of pregnancy

The nine months of gestation imply a real miracle. Week by week, both the fetus and the mother’s body are changing. That’s why it’s important to know what is happening.

In the 20th week of pregnancy, you’ve reached the halfway mark. The morphology and proportions of the baby are already completely human, and you can perceive its movement and some kicks.

What is the baby’s weight and size?

At this time, the baby is about 21 centimeters long, about the size of a banana. It weighs between about 250 to 300 grams. From now until the end of pregnancy, the baby’s weight will increase by about 10 times, and the size will double.

What the baby feels and how it develops

Inside the mother’s womb, the child can already hear, although the sounds are somewhat distorted by the amniotic fluid that protects it. The baby listens to the mother’s heartbeat and voice, as well as its own heart. The baby can even perceive the mother’s emotions.

In the brain, the sensory areas develop: smell, taste, sight and hearing. That’s why the baby perceives light, swallows, urinates and is able to recognize music.

The organs and their appearance

In addition to the senses, the baby’s brain already has 30 billion neurons. The stomach, liver and intestines are already contained in the abdominal cavity, and the lungs and digestive tract are maturing.

The toes and fingers have formed and are very flexible. The foundations of the teeth are in place. The baby has hair on its head and thin eyebrows.

In the 20th week of pregnancy, the morphology and proportions of the baby are totally human, and you can perceive its movement and some kicks.

Hiccups in the baby?

It’s normal for the mother to feel rhythmic beatings from time to time. This is because the baby may have hiccups while in the belly. Don’t worry too much about it. It occurs because the diaphragm hasn’t matured yet and therefore suffers spasms.

What happens to the mother

By the 20th week of pregnancy, the maternal uterus is three times its original size. Generally, the upper part reaches the same level as the navel. The belly widens, grows and can already be distinguished.

Symptoms in the mother’s body

In the 20th week of pregnancy, a detailed ultrasound is performed that evaluates the baby’s morphological parameters.

The ultrasound can also show the baby’s sex. In addition, this check-up includes a blood test and the search for anti toxoplasmosis antibodies.

Above all, it’s important to stay calm. Anxiety and tranquility are sensations that the baby already perceives in the womb. If the mother is nervous, this will also be transmitted to the child.

In short, it’s very beneficial to take care of the baby and your own body in order to enjoy the gestational period.