Attention, Guys! This Is What You Should Know About Pregnant Women 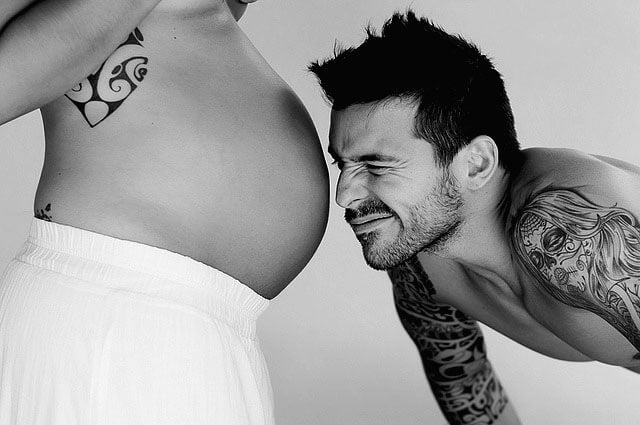 Most men do their best to try and keep their partner happy throughout her pregnancy. Mistakes can happen, though, because male partners don’t understand what pregnant women go through. These mistakes might not always be a big deal, but if you want to find out how to avoid them, read on.

Men have always taken a back seat during pregnancy. However, it is increasingly common for fathers to get actively involved in pregnancy and birth. For most men, pregnancy is a whole new world, full of new experiences, not all of which are pleasant. Dealing with sudden mood swings and midnight cravings can be tricky.

In this article, we will show you that all is not lost. For future dads who want to do more to support their partner, these details may help.

What men need to know about pregnant women

It is easy for fathers to feel lost during a first pregnancy, and even subsequent ones. For some reason, every little thing seems to affect the future mom. Don’t give up, guys. Knowing how a woman’s body works is the key to supporting her during pregnancy.

Pregnant women are hungry all the time. Everyone knows that they need to take in more nutrients so that the baby can grow and be healthy. If she says she needs food now, she really means it. Not later, not in a minute, right now!

That means that she shouldn’t have to wait to eat. Try to have everything that she needs ready, and keep little portions of food aside for later.

Comments about her weight are not appreciated

Don’t tell a pregnant woman how fat she looks. There’s nothing more beautiful than seeing her baby bump grow every day, of course. But even if you mean it as a compliment, a woman very rarely wants to hear that she has gained weight.

Her sense of humor may not be the same

Forget about cracking jokes for the moment. A pregnant woman may not fully appreciate your sense of humor. When her hormones are making her feel bad, sometimes even your best jokes won’t cheer her up.

Men can put on weight, too

It’s common for men to put on weight when their partner is pregnant. They generally share the food she’s craving and the extra snacks. Some women do overeat during pregnancy, and if this is the case, her partner is more than likely to indulge alongside her.

Don’t get between a pregnant woman and her food

At mealtimes, what’s yours is also hers, but what’s hers is hers alone. Pregnant women can be instinctively territorial, especially where food is involved. It’s likely that she will protect and defend the food on her plate. So forget being able to share everything.

The brain works differently during pregnancy

Some women get scatterbrained during pregnancy, or have difficulty concentrating. This tends to happen during the first trimester, and can get worse over time. She might start leaving her glasses behind, or forgetting to lock the door at night.

Sex is on hold

You’ll need to be patient, because sex will get less and less frequent, until it stops completely. In the second trimester, you’ll still have sex from time to time. But in the last few weeks before birth, it’s extremely unlikely that she’ll be in the mood.

She’s pregnant, but she’s not going to break

Don’t treat her like a princess. It’s understandable to want to protect your partner more than ever during this time. The problem is that pregnant women can get angry if you treat them differently – or if you don’t.

For this reason, it’s important to give her space. Let her feel useful by doing some of the little things on her own.

You’re not allowed to moan, and especially not about any of the changes mentioned here. While she is pregnant, it’s important that you don’t complain in front of her. She’s the one carrying the baby, and it’s her that will have to go through the birth.

Pregnant women are allowed to be lazy

Men should understand that at some point, they are going to have to take on all the tasks that need doing around the house. Your partner might not be able or willing to do them, because she is the one carrying around a new baby inside her.