What Should I Do If My Baby Is Large for Gestational Age?

Gestation is a process that should be closely followed in order to protect both the health of the baby and the mother. One aspect that is very important to control is the weight of the fetus. What are the recommendations when a baby's weight is excessive according to its stage of development? 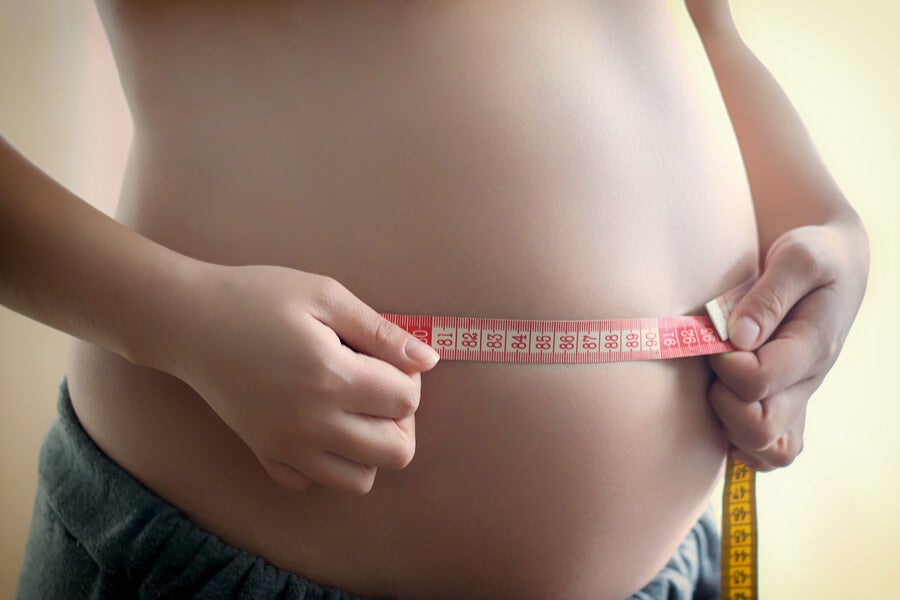 In order to avoid further complications, some moms ask themselves what they can do beforehand regarding their baby’s excessive weight. Babies that present this problem are considered “large for gestational age” or LGA.

LGA refers to babies whose weight is above normal – over 9 or 10 pounds. The Spanish Pediatric Society states that this weight corresponds to the 90th percentile.

Therefore, doctors consider babies to be large for gestational age when they are above the 90th percentile. In other words, these babies weigh more than 90 percent of other babies of the same gestational age.

However, there’s a margin of error of about 1 pound when making these estimates.

Before explaining what measure you can take in the case of LGA, first you should know more about this condition. To begin, here is a list of possible causes:

It’s perfectly possible for a LGA baby to be born without any problems. However, there is a very real risk of complications during birth as well as risks for the baby’s health in the future.

Obstetric trauma, such as a dislocated shoulder or injury of the brachial plexus. In the first scenario, the baby’s shoulder becomes stuck in the birth canal after his or her head has already passed through.
The solution usually involves causing a fracture to the shoulder bone. Unfortunately, this drastic measure is often necessary in order to dislodge the shoulder from the mother’s pelvis.

As for the mother, she can suffer injuries during birth, hemorrhage, complications in the administration of anestesia and infection in the surrounding organs.

In the future, the baby could run a risk of suffering from the following illnesses:

At the same time, the risk of miscarriage is greater when a baby is large for his or her gestational age. Some causes can be lack of space in the uterus or pressure on the umbilical cord.

The inability to provide the fetus with the nutrients that are necessary for his or her development is another possible cause of miscarriage.

My baby is overweight I’m still not due… What can I do?

Once your doctor has detected LGA, then there really isn’t much you can do, except modify the method of birth. However, given the causes of this condition, there are certain recommendations for avoiding its existence.

Perhaps the most important thing to do is to observe your weight gain as well as your baby’s. At the same time, you need to control your glucose levels. This can help to prevent or detect cases of gestational diabetes in women who never experienced this type of problem.

If the cause of the fetus’s excess weight is prolonged gestation, then the doctor may call for induced labor.

As we said before, once the time comes to give birth, your doctor may suggest a C-section, if this is possible. This way, both mother and baby can avoid the complications that can arise during the birthing process.