How Old Is Too Old to Become a Mother? 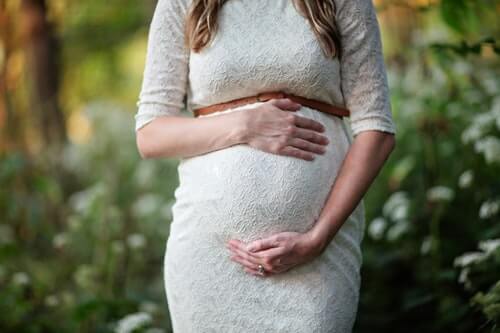 Today, motherhood is usually a choice. Since women work outside the home, the decision to have children has become a challenge. Finding out until how old is too old to become a mother is a complicated task. However, it can be answered.

At the biological level, the best age to become a mother is 24 or 25 years old. This is because the fertility rate is highest at this age. There is more than a 20 percent chance of conceiving.

As the years go by, this capacity decreases considerably, even going down to 8 percent once a woman has reached 40 years old. When it comes to fertility, we have to consider the age of the body and also of the ovule. As they get older, the chances of suffering certain diseases during pregnancy are higher. The possibility of abortion also increases.

The health risk of the fetus increases as well. For example, certain genetic abnormalities are more likely to appear, such as Down syndrome. According to various studies, the same happens during childbirth with a higher risk of fetal distress.

Fortunately, scientific advances allow women to have children later in life. Thanks to this, the risk of possible problems that may affect both the pregnant woman and the future baby is reduced.

How old is too old to become a mother?

The answer to this question has changed considerably in recent years. Age and reproductive capacity are no longer such determining factors when it comes to motherhood. Science has created several alternatives to allow women to become mothers later in life. These methods are also adapting to their work and personal needs.

Having children later in life is becoming more and more possible. Some of the suggestions below are expensive, however very soon, that too will no longer be a problem.

More and more couples are trying to become parents via other methods. Reproduction is not something that only affects women. Most importantly, the quality of sperm also decreases with age.

Becoming parents affects our lives in numerous ways, and it’s true that as we age we don’t have the same amount of energy as we did when we were younger.

Spain is the third country with the highest rate of assisted reproduction worldwide, and the third in Europe. This very promising rank shows a great demand that has not stopped increasing. Thanks to this, accessibility will only become easier.

This technique comes from the Latin “inside the glass.” As its name suggests, it allows the union of the ovum and the sperm in a laboratory. The latter is introduced by an intracytoplasmic sperm injection into the cytoplasm of an egg. After becoming an embryo, it will be transferred to the body of the mother.

Both the ovum and the sperm can come from the couple or from anonymous donors. The treatment is usually somewhat expensive, ranging between 3,000 and 5,000 euros.

This is one of the simplest methods. It consists of transporting the semen to the uterine cavity of the woman, helping the sperm to reach its destination. It’s usually used in cases in which the quality of the semen is low or the sperm lack the necessary mobility.

It’s also necessary that the woman has the ability to ovulate, with at least one of her fallopian tubes allowing liquid to get through.

Recommendations to keep in mind

Although it will always be a personal decision, there are a series of recommendations to take into account to determine how old you can be to become a mother. There are many important factors that should be studied before getting pregnant.

Being in a hurry to conceive only because of fear of age is not a healthy approach. It can create insecurities and frustrations if for some reason fertility is delayed. Having a child is a serious decision, which not only changes our body but also our habits.

Daring to take the big step requires a lot of maturity and responsibility. We should not only think about ourselves but also about the baby’s well-being. We must be aware of whether we can provide for all of our child’s needs, or if our way of life allows us to become a mother.

If we want to be good parents, we must consider many factors beyond ourselves. Bringing a child into the world requires having a generous spirit and a great capacity for sacrifice. If we choose to become a parent, we have to accept everything that comes with it.

According to a study, having children extends your life. Research conducted in Sweden found that having children lengthens the number of years you can live, especially if you are a man.