A bicornuate uterus is a malformation that develops before birth. It has two sections divided by a septum or wall of tissue. It usually doesn't cause symptoms, so many women don't know they have it until their first pregnancy ultrasound. Find out more in this article. 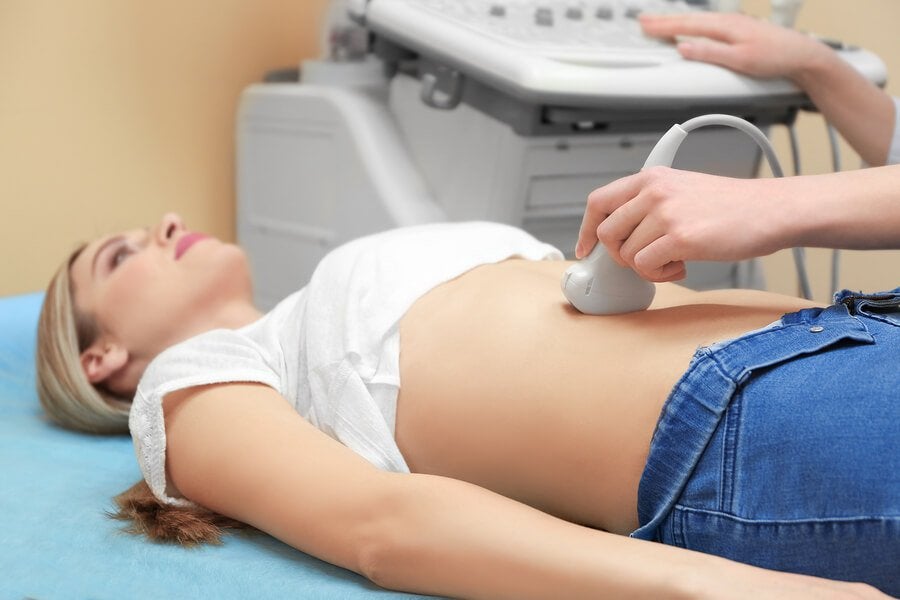 A bicornuate uterus is a congenital malformation of the uterus. It’s caused by an abnormality during organogenesis. This is the process where organs form while in the womb.

This deformity is characterized by having two Müllerian ducts. During embryonic development, they need to be resolved between weeks 14 and 18 of pregnancy.

This phenomenon causes the formation of two sections. Therefore, they can cause pregnancy issues such as late miscarriages or premature births.

This condition is also known as a heart-shaped uterus. A cleft appears in the upper part and makes the space where the fetus develops smaller.

A bicornuate uterus is a malformation that develops before birth. Some women can go through a pregnancy without knowing they have it.

What is a bicornuate uterus?

The shape of the uterus is directly responsible for a healthy pregnancy. It’s the organ where the baby’s development takes place.

Uterine malformations occur as a result of improper uterine development. In addition, it can lead to miscarriages.

This is actually the most common uterine abnormality. It’s characterized by the formation of two uterine cavities instead of one. In the case of pregnancy, the baby develops in one of the two sections. Miscarriages are common, but the prognosis for pregnancy is actually quite good.

It’s not uncommon for women to have these types of abnormalities. In most cases, bicornuate uteruses aren’t noticed until women become pregnant.

How to treat a bicornuate uterus

Medications won’t help women with a heart-shaped uterus. This also includes added progesterone. If you don’t plan on having a child, there are virtually no health risks related to this uterus shape.

Women who plan to have children and have a bicornuate uterus will need reconstructive surgery. The most common procedure is metroplasty.

This procedure begins with an incision to separate the cavity from the uterus. They’ll make another incision, very similar to a cesarean section.

You’ll need a thorough exam before surgery to make sure the uterus is actually bicornuate. After, you’ll need to wait at least 3 months before trying to get pregnant.

Your body needs healing at this time. Pregnancy can cause internal bleeding and other complications.

What are the symptoms of a bicornuate uterus?

Women with a bicornuate uterus are born with it. However, they won’t know they have it unless they have an ultrasound or other imaging test. Often, it doesn’t cause any noticeable symptoms.

On the other hand, it’s a good idea to see a gynecologist and have an ultrasound to check for any of these symptoms:

“For women with a bicornuate uterus, miscarriages are common. However, the prognosis for pregnancy is actually quite good.”

Several complex factors cause this condition to form. These are some common causes of the heart-shaped uterus:

Although women with bicornuate uteruses can become pregnant, there is an increased risk of miscarriage.

However, there have also been cases where this variation doesn’t make any difference when trying to get pregnant. In fact, many people believe that having a bicornuate uterus doesn’t affect getting pregnant at all.

It’s believed that having a uterine abnormality is more common in women who haven’t been able to have children. As a result, it can increase the risk of women having a miscarriage in the later stages of pregnancy. It can also cause premature birth.

These problems are due to irregular uterine contractions. They can also be due to a reduced uterine capacity caused by the irregular shape.

Remember, most women don’t know they have a heart-shaped uterus until they’re pregnant or trying to conceive. In most cases, women have periods as normal.