Breech Delivery: Everything You Need to Know 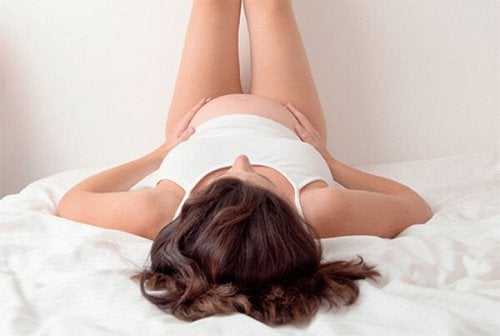 Breech delivery refers to the type of birth that occurs when the baby is born bottom first rather than head first.

Remember that while the fetus develops in the mother’s womb, it’s adopting one position or another, slowly turning until it chooses a definitive position. This will be determined during labor.

Generally, during the last few weeks of pregnancy, the fetus turns so that its head sits in the mother’s pelvis, ready for birth.

What happens if this doesn’t happen? What should you do then? Does a breech delivery mean there’s going to be more difficulty?

When Does My Baby Get In Position?

Around the 7th month of pregnancy, the fetus usually adopts a position. It’s more or less defined, and the baby maintains it until birth, under normal conditions.

You can see this in the ultrasounds that you get throughout your pregnancy. It’s one of the prenatal exams that your doctor will do to know the state of the fetus’s health and monitor its development.

Thanks to ultrasounds or sonograms, you can see the development of your fetus and take the necessary measures so that the delivery goes as well as possible.

The type of birth is usually estimated around the 37th week, when you can surely know. The ultrasounds will show that the fetus has adopted a determined position and you can mostly be sure that it will not change until delivery.

When Does the Baby’s Bottom Go in Place?

As we’ve mentioned earlier, the fetus turns and puts its head “upside down” between the 28th and 32nd week. In this position, the mother and baby’s spines are aligned. This is the most common delivery, and also the easiest for the mother.

However, it isn’t always like this. Breech delivery is when the fetus is in a position where their bottom (legs and knees as well) are the body parts closest to the birth canal. Therefore, instead of “head-first” like normal, the fetus comes bottom-first, as if it’s supported by them.

When Is It Confirmed?

After the 37th week is when a doctor can confirm if your baby is in a breech position. So, you should organize a delivery strategy to be sure that everything is developed in the best way possible and therefore, reduce the number of risks and difficulties.

When we talk about a possible breech delivery, there are 5 different positions:

Can I Have A Vaginal Breech Delivery?

Before determining the process you’re going to follow, your doctor will try to do a procedure called: external cephalic version. It’s an exercise so the baby turns inside the uterus to try and prevent breech delivery. If that doesn’t work, they may consider performing a cesarean section.

In any case, the decisions that doctors make will be individualized and will depend on many factors and the state of the baby.

What Is An External Cephalic Version (ECV)?

This process aims to turn the baby in order to prevent complications that could happen with a vaginal delivery when the baby comes out backwards or from a c-section. It’s done during the 37th week of pregnancy.

The doctors carry it out with a series of massages in the womb to turn the baby and bring it to the head-first position. It’s not a completely painless process, but it’s tolerable as long as it doesn’t exceed five minutes.

The success rate of this process is about 60%. When the massages are done, the doctor will keep an eye on the mother and baby to make sure everything worked properly.

Factors that Influence the Decision:

The doctor will tell you the way they will carry out the delivery. Evidently, what they decide to do depends on the factors in the case of each individual. Some of the conditions that are important to note for a vaginal birth are: