How Changes in the Weather Affect Pregnancy

Changes in the weather can increase the risk of contracting different diseases. Therefore, it's essential to take appropriate preventive measures to avoid the spread of various conditions enhanced by these external factors. 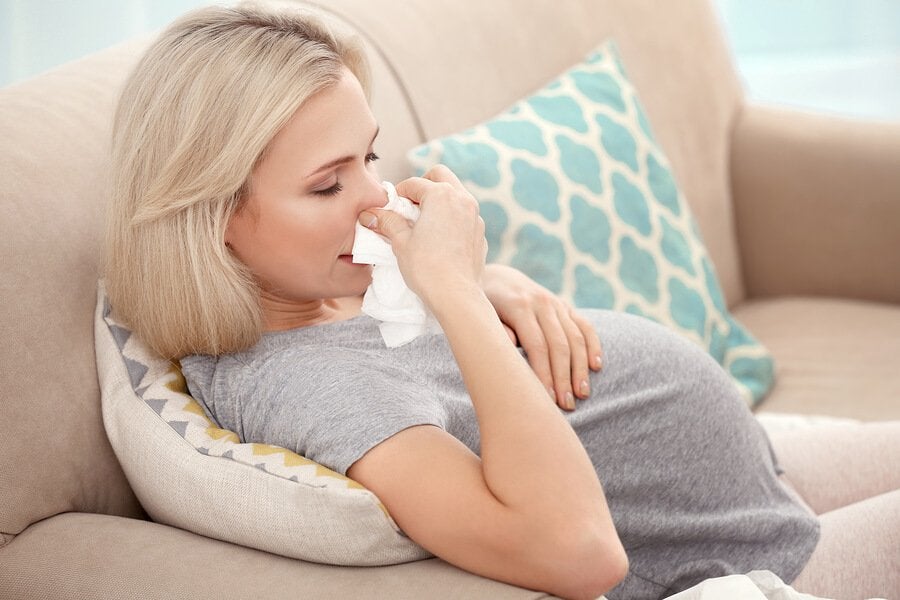 It may seem hard to believe that changes in the weather can affect your pregnancy, but it can have an impact on the baby’s proper development.

Temperature and seasonal changes can have different effects on our body and health. The gestation period is no exception.

Find out about some of the ways that pregnancy can be affected by changes in the weather.

How changes in the weather can affect pregnancy

Severe weather can cause extreme heat to be more frequent, which can lead to dehydration and kidney failure during the gestation period.

If you experience drastic changes in the weather in early pregnancy, it can affect the baby’s development. If it happens later, it can cause premature labor and low weight at birth.

However, the environment in which we live also poses other risks. These are the most frequent consequences of weather changes during pregnancy:

Diseases caused by changes in the weather

Changes in the weather can be hazardous during pregnancy. These inevitable natural phenomena can cause many infections. However, it’s necessary to stay alert to any symptom of any of the following diseases.

As indicated by the World Health Organization (WHO), it’s a viral zoonosis that mainly affects animals, but can also reach humans. Mosquitoes transmit the virus through their bite, which tends to spread more quickly with rain.

Storms and dry seasons don’t follow a constant rhythm but are ever-changing. Therefore, no one knows when the rainy season will start or a drought will appear. The weather directly influences birds’ migration patterns, causing the bird flu to expand.

“Vibrio cholerae” is the bacteria that causes what’s commonly known as “the poor man’s disease.” It’s usually transmitted through contaminated water and food. An increment in water can consequentially lead to the spread of disease.

Temperature changes and rainfall increase the arrival of these insects, which infect through their bites.

Currently, there is a vaccine to prevent infection, but everything depends on what the doctor recommends. The most advisable thing is to refrain from visiting places where you could be at risk.

These parasites are transmitted through aquatic environments. Sea level and temperature changes may allow them to survive longer and thus further spread the infection.

This bacteria, like others, is transmitted through tick bites. Temperature increases make it possible for them to survive more easily. Rash and flu-like symptoms characterize this disease.

The tsetse fly, which lives in 35 different countries, transmits the sleeping sickness. Herds and cattle are usually the most likely to become infected, but it can infect wild animals and people also.

This fly is usually found in rivers, lakes, forests and the savannah. Changes in the weather significantly influence the spread of this disease.

In short, it’s essential that pregnant women stay healthy and remain distant from any illness that may affect their health or that of the baby.

When you notice too many weather changes or if you’re at high risk of contracting diseases due to the environment where you live, it’s important to take preventive actions.