Children on Demand: Is it Possible?

Recent publications make it credible that genetic editing of human embryos to prevent the transmission of hereditary diseases is a reality. So, is it possible to create children on demand? 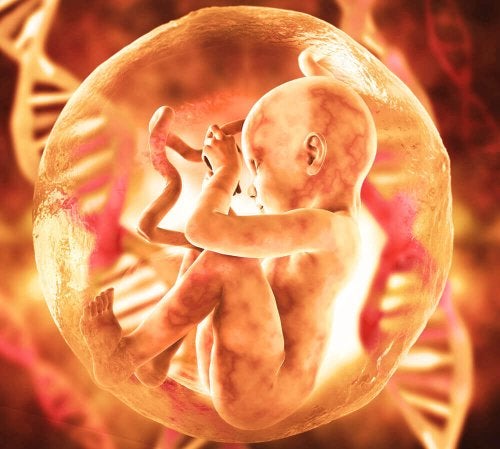 It was in 2009 when an American clinic started offering children on demand. It claimed to have more than a dozen requests from parents to genetically select the sex and color of their children’s eyes and hair. The technique used for this purpose was Pre-implantation Genetic Diagnosis (PGD). Until then, scientists had only used it for therapeutic purposes.

So, how are the characteristics to create a baby on demand selected? Does this selection make us just another commercial product? In Spain, for example, the 2006 Law on Assisted Human Reproduction allows for the genetic selection of babies for medical purposes. However, it expressly prohibits the selection of the baby’s sex.

What are children on demand?

We should clarify that, technically, we can carry out a prior selection of characteristics without this necessarily being a child “on demand.” We must therefore distinguish between three very different techniques of in vitro fertilization:

What is genetic editing or CRISPR?

CRISPR is a technique that allows us to literally cut a DNA fragment of our choice, as if we were using scissors. Genetic scientists will then replace this sequence with another gene in a second phase. It was designed by three independent research teams in 2005 and its purpose was to identify a defective gene and repair the genetic mutation.

In 2016, the prestigious research magazine Science published an article by Doctors Charpentier and Doudna. In it, they said they had managed to refine the technique and perform it with great precision and also lower its cost.

However, a later study, in 2017, shows that this type of genetic engineering leads to the accumulation of other random genetic mutations that are beyond the process’s control.

Is it possible to have children on demand?

Three years ago, the Human Genome Project finished the sequencing of our DNA. As a result, genetic research studies have begun a golden age filled with scientific trials exploring the world of gene therapies. So, what’s stopping scientists from creating children on demand?

Although there’s no single legislation concerning the genetic manipulation of embryos for reproductive purposes, both the international scientific community and individual countries’ legislation are quite restrictive in this respect. They always refer to the moral implication of modifying germlines in the laboratory.

In 2015, the journal Nature published an article by the Chinese scientist Junjiu Huang. He claimed to have successfully manipulated human embryos for therapeutic purposes. This raised conflicting views within the scientific community itself. Marcy Darnovsky, executive director of the non-profit association of the Center for Genetics and Society in Berkeley, California, wrote:

“No scientist has the moral right to violate the agreed-upon policy against altering the human germline.”

The He Jiankui twins: the reality of children on demand

Last December the world was shaken with some terrifying news. Chinese geneticist He Jiankui reported that a Chinese woman had just given birth to twin girls whose embryos he had genetically modified through CRISPR to make them resistant to HIV. And, in addition to that, another woman was about to give birth to another genetically modified baby.

The international scientific community was quick to condemn biologist Jiankui’s scientific practices. They criticized him for altering the germline without considering the future consequences. The Chinese government refused to grant any permission for these experiments. They claimed that the documentation submitted by the scientist had been falsified by him.

What do we know?

The reality is that secrecy surrounds He Jiankui. To this day he is apparently in jail. He was supposedly sentenced to three years of imprisonment, and fined the equivalent of $430,000. No-one can corroborate that his experiment really happened, as the documents from his study are quite vague. In addition, the identity of the twins has been kept secret for their own protection.

What we do know, however, is that current technology makes it possible for He Jiankui not to be a phony anymore. In fact, a Russian researcher at the Kukakov Institute, Denis Rebrikov, has applied for a permit to implant genetically modified embryos.

On the other hand, Dr. Jennifer Doudna, one of the scientists who discovered CRISPR, has clearly stated that: “the technology is not yet ready.”

Artificial Insemination: What It Is and How To Get It
Artificial insemination is an invasive and low-risk process. This is how many women become pregnant. Find out more in this article. Read more »
Link copied!
Interesting Articles
Stages of labor and birth
What Is External Cephalic Version?