What Is Fetal Monitoring and Why Is It Used? 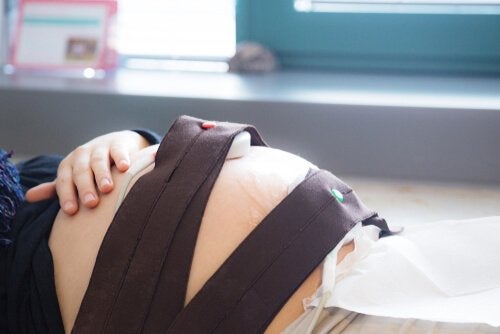 During pregnancy, there is an important procedure that all women should perform: fetal monitoring. Of course, the goal of this procedure is to ensure and control the fetus’s health.

Fetal monitoring is a very common technique and it is achieved through the implementation of a cardiograph to check for:

There are two different types of fetal monitoring. The first is external through which the doctors are able to check the frequency of the fetal heart rate.

How is this done? Through the use of certain sensors which are placed on a belt around the mother’s belly in an upright position.

The second technique is internal fetal monitoring, which is a little more complex than the previous method. To perform it, electrodes are placed around the fetus’s head and they receive information which is then analyzed to create a report on the fetus’s general state of health.

The drawback of internal fetal monitoring

One of the disadvantages of performing internal monitoring is how invasive it can be. The amniotic membranes must be punctured in order to place the electrodes and this could pose a high risk of infection for both mother and child.

There is also the possibility for mistakes to happen during the placement process. This could harm the fetus and the walls of the uterus. Keep in mind however, that these complications are rare.

According to Dr.Gabriel Cano, specialist in pediatrics, “one of the greatest advantages of external monitoring is that it is not invasive.”

In fact, it also permits the registry of frequency and intensity of the contractions that the pregnant woman is having.

To perform this test, the pregnant woman must be placed on a stretcher in a semi-sitting or semi-lying position. Then, flexible straps that have 2 transducers incorporated into them are placed around the abdomen.

While the test is being performed, a graph is created which can be printed later.

Once 40 weeks of pregnancy have been reached, fetal monitoring should be performed once every 2 or 3 days until childbirth occurs.

External fetal monitoring is not complicated and the test lasts for approximately 30 minutes. During the test a special graph is created which can help detect problems and anomalies.

If the rhythm of the baby’s heartbeat is below 120 per minute, the doctors may have to evaluate his or her state of health thoroughly.