Everything You Need to Know About Fetal Surgeries

When there are complications, malformations, and other problems with fetuses, doctors need to perform fetal surgeries. We'll tell you everything about this procedure. 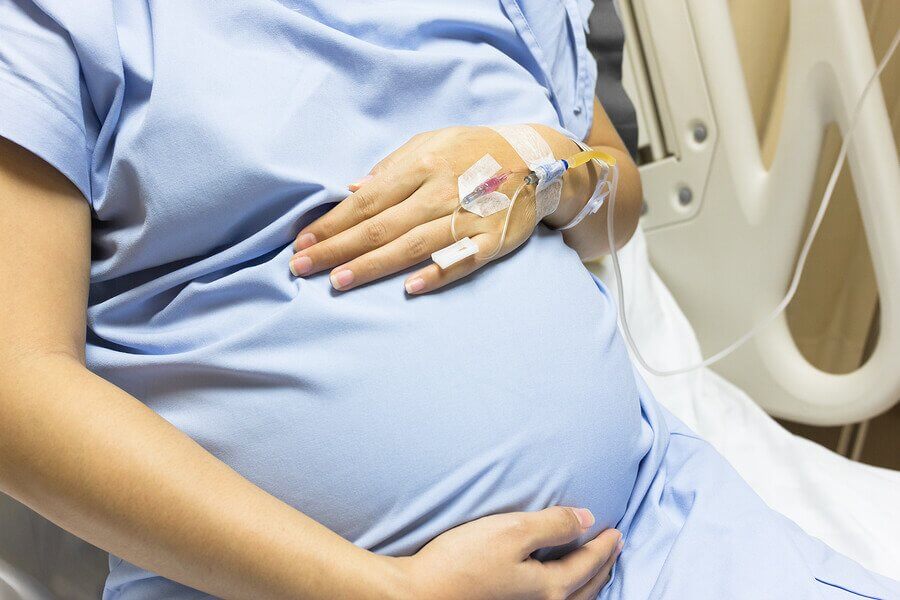 Fetal surgeries are operations that doctors perform on the fetus, inside the mother’s uterus. These surgeries are an option when babies have malformations or other serious diseases.

Statistically, 1 in every 1000 pregnancies will need this process. Fetal surgeries try to prevent babies from dying or from having serious health problems at birth.

The first time a doctor performed this procedure was in 1995, so it’s a relatively new type of surgery. Little by little, this technique has evolved.

We’ll tell you all about fetal surgeries in this article.

There are a few different reasons why doctors may need to perform fetal surgeries. Some of them are:

There are two common methods for fetal surgeries, and there are risks involved in both cases. There is a possibility that there could be complications for both the baby and mother, either during the operation or later. Premature birth could also occur.

They use the following steps:

As medicine and technology advance, it becomes easier to get fine and small surgical tools. Therefore, doctors can tailor fetal surgeries to your specific requirements.

A surgery to a baby inside his mom’s belly must be very fast. There are two patients that these surgeries are treating, after all. In addition, the fetus is just a small, immature, active, soft body that’s wrapped in fragile membranes. Specialists need to pierce that to get to the uterus.

Each of the different causes requires a special type of intervention. There are about 14 ways to perform these operations successfully.

When doctors first started doing fetal surgeries, they knew that keeping the mother and baby safe was the most important thing.

“The first time a doctor performed this procedure was in 1995, so it’s a relatively new surgery. Little by little, this technique has evolved.”

Surgeons cannot perform this surgery before 18 weeks, since fetuses’ tissues are extremely fragile. On the other hand, after 30 weeks of pregnancy, fetal surgeries can cause premature birth.

In the latter case, generally doctors will wait for the baby to be born, then perform a postnatal operation. That’s to say, doctors usually perform fetal surgeries between weeks 18 and 30 of pregnancy.

Before, during and after the procedure

Your doctor will diagnose your baby with a fetal disease. After detecting something wrong, then he’ll request a series of tests. These tests may include an MRI and an ultrasound.

Then, your doctor will also do an amniocentesis. This is a test that determines whether genetic defects are linked to an infection.

Based on the results, doctors will tell the mother about the risks involved with the surgery. Then, a second appointment will help the professionals who do the operation explain their job, as well as what the risks are.

If the mother agrees to have the surgery, she must sign the consent form stating that she understands the risks and agrees to go through with the procedure.

A team of professionals

A solid team of specialists performs these surgeries. This team works together on the different aspects of it. For example, some of the people involved are: surgeons, neurosurgeons, pediatricians, OB/GYNs, radiologists that do MRIs, neonatologists, forensicologists, social workers, psychologists and nurses.

Given the sensitivity of the issue, there are often psychologists who help as well. They offer mothers assistance in making their decision.

After surgery, mothers can continue with their pregnancy. In any case, women who have fetal surgeries must have a cesarean section.

Delivery will normally take place when the baby is about 36 weeks. That way, amniocentesis can show that the baby’s lungs are mature enough.

In short, fetal surgeries can be a miracle aid in some cases where babies are at risk for serious malformations, congenital diseases, or even more serious issues. However, the surgeon’s priority is always the health of the mother and baby.

What Is an Episiotomy and Why Is It So Controversial?
Although episiotomy is common in traditional medicine, it has become quite controversial. What are the risks of an episiotomy? What are its advantages? Read more »
Link copied!
Interesting Articles
Stages of labor and birth
What Is External Cephalic Version?