8 Foods that Pregnant Women Should Not Eat 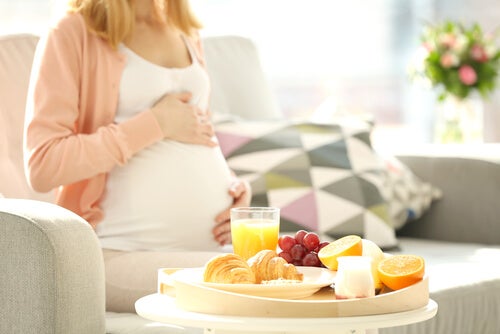 Did you know there are certain foods pregnant women should avoid? We’ll provide a list below.

There are certain foods that you shouldn’t eat while pregnant, as they can cause food poisoning. Some foods also contain bacteria, chemical products and parasites that can harm your baby.

Although cravings are quite frequent during pregnancy due to hormonal changes, it’s important to maintain a balanced diet.

You should avoid the consumption of fish that contains mercury. Mercury is related to brain damage and it also affects brain development in babies.

You can eat other types of fish such as salmon or cod. These types of fish contribute to the development of the baby’s heart and brain.

Raw eggs contain a harmful bacteria called salmonella and it can cause food poisoning which affects your immune system.

The consumption of under-cooked or raw eggs can cause diarrhea, vomiting, headaches, abdominal pain and high fever.

Try to avoid the consumption of cold cut meats such as sausages, deli meats and hotdogs.

They can contain bacteria called listeria which can easily pass from mother to child through the placenta causing serious complications.

It isn’t safe to drink unpasteurized milk during pregnancy since it has no nutritional benefits.

Its products such as soft cheeses can cause food-borne diseases.

Avoid drinking green tea. There isn’t a lot of evidence about its safety and how it can affect your child.

The herbs used to make tea can be harmful both to the mother and child. In addition, keep in mind that herbs such as pennyroyal and ephedra are uterine stimulates.

Canned foods, which include fruits, vegetables and soft drinks are all harmful to the baby.

The lining of the cans contains bishpenol A. This is a toxic substance that can affect fetal endocrine activity.

Canned foods have also been linked to cancer, infertility and heart problems. These types of products can also harbor harmful bacteria due to their long shelf life.

Pregnant women should also avoid foods that are high in sugar. They worsen the discomforts of pregnancy and also have negative consequences for you and your baby.

If you’re a sugar addict, there are healthier and more nutritious options such as dates, apricots, pears and grapefruit.

The consumption of a lot of caffeine can increase the chance of abortion and premature birth.

Your caffeine intake should be limited to 200mg daily. Keep in mind that tea, chocolate and energy drinks also contain caffeine.

Food poisoning is a potential risk to the fetus. In the worst cases it’s related to abortion and stillbirth.

An infected fetus can present health problems after birth that include diarrhea, fever and in rare cases meningitis.

However, it’s important to state that in most cases a pregnant woman can suffer from food poisoning without affecting the baby.

How to avoid food poisoning during pregnancy?

During pregnancy, you should pay special attention to the foods that make up your diet in order to avoid food poisoning.

Hand washing is recommended before handling foods. It’s also important to wash the fruits and vegetables that you add to your meals.

Keep the surfaces and utensils that you use to prepare your food clean.

Should I go to the doctor if I get food poisoning?

In general, cases of food poisoning don’t require hospitalization. Regardless, just like at any time during your pregnancy it’s always a good idea to consult with your doctor.

Keep in mind that the signs of serious infection include flu-like symptoms and an upset stomach.

If you’re suffering from food poisoning, the most important thing to do is keep yourself hydrated. It’s also important for you to rest in order to concentrate on recovery.

Lastly, it’s very important to be selective and careful about what you eat during pregnancy since your diet will define your baby’s health.