What is the Best Age to Become a Mother? 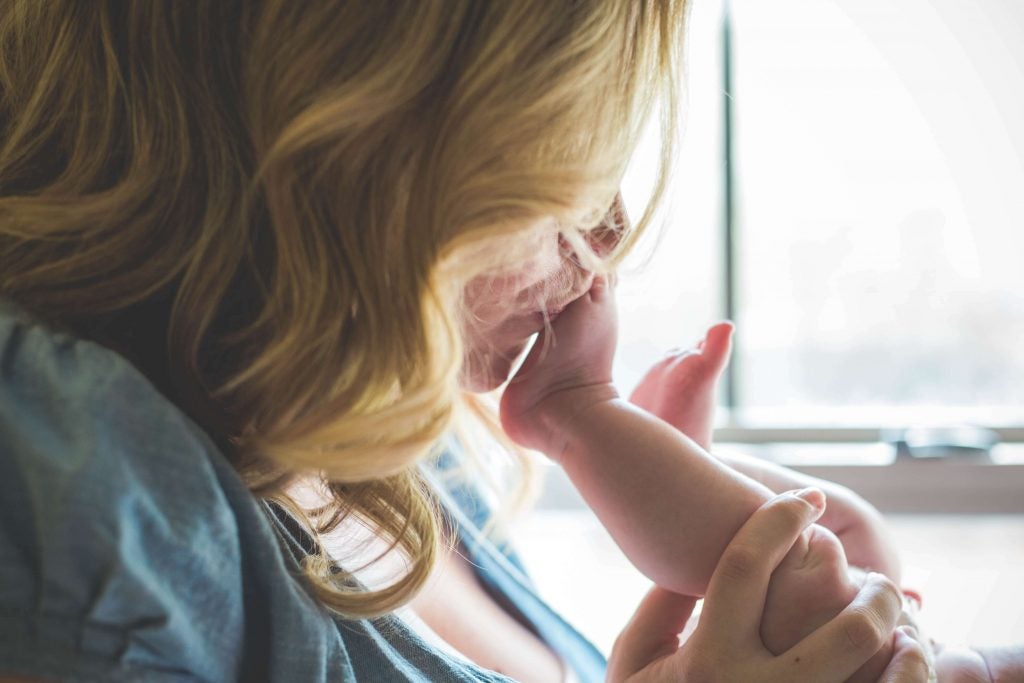 The best age to become a mother is a topic that can sometimes be uncomfortable. To begin with, we’re often unaware of all the complexity involved in forming a human being in a mother’s womb.

We’re still learning about this as new information and scientific advances emerge.

The gestation period is one of the most captivating and fascinating topics there is, both at the biological and emotional levels. Given this fact, it shouldn’t surprise us that recent work focuses on finding out the best age for becoming a mother.

Below, we’ll review some interesting facts related to age and motherhood.

Over the years, the age standards for motherhood have varied according to culture and geographic region. Nevertheless, for some years now it has been estimated that, at the physiological level, women are most fertile between roughly the ages of 24 and 25 years. During this period, the probability of pregnancy is about 20% higher.

With increased age, the ability to conceive diminishes. At the beginning of her thirties, the probability that a woman will get pregnant stays around 15%, and after the age of 35, the probability is estimated at about 8%. After turning 40, unfortunately, the rate is about 2%.

Although it is now possible to conceive at a more advanced age, there are some risks for both the mother and child that are worth studying. Keep the statistics in mind when you decide to become a mother.

Why isn’t 40 the best age to become a mother?

These days women aren’t limited to just the home and family. There are more and more women working, and having children is considered less of a priority. This is one reason many women put off having children until later.

In fact, finding a good job and stable career are now goals that you should reach before making any big decision, especially deciding to become a mother. This shows that motherhood isn’t a decision to be made lightly.

Motherhood requires responsibility for the future child that involves not only taking care of them, but also knowing how to balance family and work. This is why many women wait to become mothers. Unfortunately, a late pregnancy can lead to complications, and not just during gestation.

Possible complications from a late pregnancy

There is a series of genetic anomalies, such as Down Syndrome, which tend to appear more often when the mother is older. This may be due to aging cells, which sometimes don’t divide correctly.

It’s also possible for a miscarriage to occur, or for there to be complications during delivery.

Women with high blood pressure or diabetes can experience bleeding  or complications with the placenta. If you don’t suffer from these illnesses before pregnancy, you may also encounter Gestational Diabetes or an increase in blood pressure.

If you choose to become a mother after 40, it’s a good idea to ask for help and information from your family doctor and gynecologist. They will study each case individually, and they know how to counsel you best.

What is the best age to get pregnant?

According to the latest studies, the median age of pregnant women in Spain is about 32 years old. This is due to the fact that the 30’s are in the middle, between extreme youth and excessive age.

In their 20’s, young women feel they are too immature to bring a baby into the world. They need to have experiences, meet people, and find a stable partner.

In their 40’s, on the other hand, they worry about the risks of pregnancy. The 30’s are, therefore, the ideal age for the majority of Spanish women.

It is more common to have a stable career and partner at that age, and the decade brings a new maturity that is completely different from earlier stages of life.

Motherhood is a personal decision

Whatever it may be, the perfect age to become a mother is each woman’s choice. Each person knows what is best for herself, and what makes most sense for her life.

There are women who are ready for motherhood at a very young age, while others don’t feel that maternal instinct until much later.

If you have questions, don’t hesitate to ask experts, in addition to friends and family. You can also talk to other people who have had similar experiences. They are often very helpful.

It doesn’t matter what you choose, as long as you have all the relevant information. The best age to become a mother will be whenever you feel best prepared to take on the challenge.

A baby needs a lot of love and affection, and, in reality, that doesn’t require any preparation.