The Desire to Become a Parent 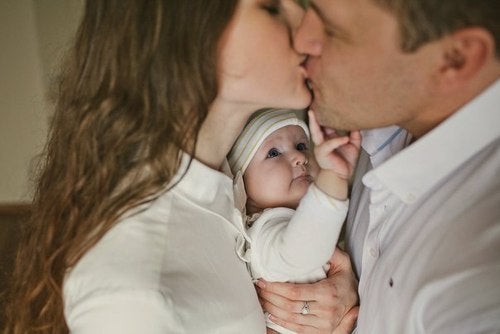 The desire to become a parent can occur at any time in a person’s life and for several different reasons. Many of these motivations are valid, however some of them are not.

Becoming a parent can either be planned or occur unexpectedly. In both of these cases it’s important for the couple to agree on certain aspects such as decisions they’ll make in the future.

Ideally, a child should come into the world as a result of an agreement made between both partners in a couple. This guarantees security and stability for the future child.

It’s also an important factor for the parents’ peace of mind. Deciding to be a parent is a decision that will change a couple’s dynamics forever.

This issue can become problematic if the desire to be a parent isn’t genuine. In other worlds, some people see children as a means to achieving something rather than the achievement itself.

If a child is born under these conditions, many difficulties may arise affecting all the members of the new family.

Where does the desire to become a parent come from?

A few decades ago, the decision to have a child wasn’t an issue to analyze. Becoming a parent was simply assumed to be the product of a stable relationship.

There is now freedom to make decisions. It’s the couple that decides when it’s time to allow a new being to be born.

This decision is ideally made when the couple has established that they want to move to the next level. They decide to build a family and organize a life project around it.

They decide to become parents out of a sense of duty or guilt. A child demands a lot of effort and they impose commitments that can only be assumed in a healthy manner when they’re a result of thoughtful desire.

Some couples who are experiencing problems sometimes believe that having a child will help fix them. This is an unfortunate way to think. In cases like this, the arrival of a new baby ends up breaking up what was already fractured.

There are a few exemptions. Sometimes there is no real desire to become a parent, however with the passage of time the desire arises.

The simple desire to want to become a parent isn’t enough. Having a child implies a lot of changes. That’s why it’s important to make an honest assessment as a couple.

The couple must decide whether or not they’re ready to assume this great responsibility.

The main aspects to take into account are the following:

When one of the two doesn’t want to have children

This occurs quite frequently. One of the partners wants to have a child and the other does not. In cases like this, the desire to become a parent isn’t shared, therefore one of the two has to yield.

In this type of situation, dialogue is advisable. It’s important that each partner is willing to listen to the other.

There is no room for prejudice, pressure or arguments. Each partner should feel free to express themselves.

Sometimes when someone doesn’t want to become a parent it’s due to practical reasons, like their financial situation. If that is the case, it’s important for the couple to look for positive ways to find a solution.

There are also cases where a partner is profoundly against playing the role of a father or mother. In this case, both partners must consider whether it’s valid to continue on as a couple.