Nowadays, there are lots of different ways to detect diseases that influence fertility. Some of them are very common issues, while others are more complicated. 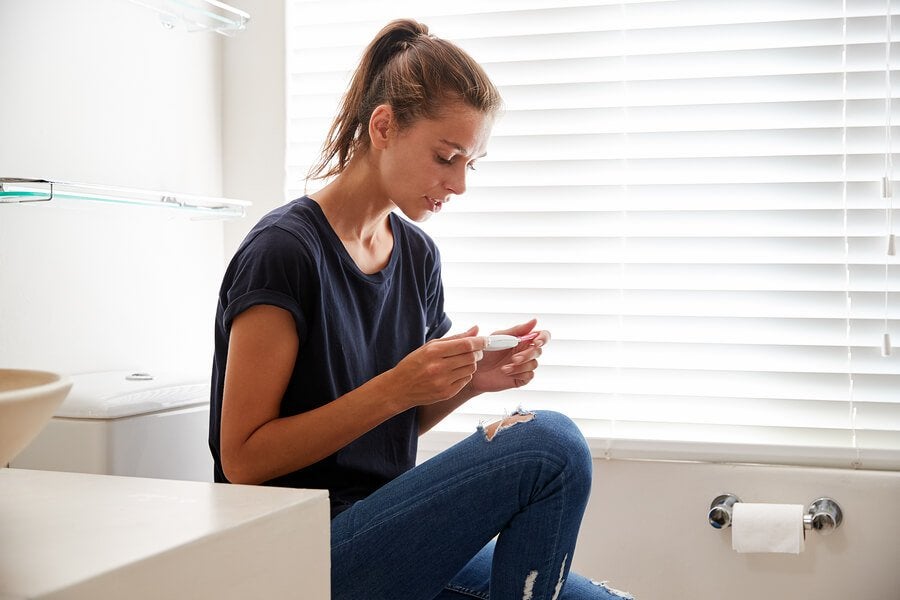 Currently, it’s possible to detect and treat certain diseases that influence fertility in women. In some cases, the issues preventing women from conceiving are very complicated. However, in other cases, they’re common problems. In this article, we’ll share some of them with you.

Knowing some of the reasons that can make it harder to get pregnant is very important. In fact, it’s a powerful way to reverse the situation and finally conceive.

Some of the main causes and diseases that influence infertility are polycystic ovarian syndrome, uterine fibroids, premature ovarian failure and endometriosis.

Additionally, there are other factors that can also have an influence. For example, not ovulating, infections, inability of eggs to mature properly, and other reproductive problems.

On the other hand, failed implantation and autoimmune diseases can also make it hard to get pregnant.

Endometriosis is where the endometrium, made of cells that line the uterine cavity, grows outside of the uterus. In fact, this is one of the most common causes of infertility. About half of women with this problem have a hard time getting pregnant.

There are different ideas about why this causes infertility in 40% of women who have it. Since we don’t know for sure, we can generally say that this growth ends up blocking and affecting the reproductive process.

Polycystic Ovarian Syndrome (PCOS) is the second most common cause of infertility. This occurs when your body produces more androgens than it needs.

Androgens are hormones that prevent ovaries from developing normally. When you have a lot of them, they can stop ovulation.

Then, they fill with fluid. PCOS is very common in women. According to research, approximately 10% of women of reproductive age suffer from it.

PCOS affects fertility. Additionally, it can cause other diseases. For example, it could cause high blood pressure, diabetes or heart disease.

One of the most common symptoms is that they usually don’t ovulate. Therefore, they don’t get their period. On the other hand, they could also have lots of hair, obesity or acne as side effects.

This issue is also called precocious menopause. Premature ovarian failure is where your body stops producing hormones and eggs at a young age.

Additionally, a common symptom is amenorrhea. This starts with lots of time in between menstrual cycles. This disorder has no treatment.

However, it’s possible to get pregnant by in vitro fertilization or donated eggs. In fact, 10% of women who suffer from premature ovarian failure can get pregnant without any outside help.

“Failed implantation and autoimmune diseases can also make it hard to get pregnant.”

Uterine fibroids are non-cancerous tumors that grow in the uterus. They come in all shapes and sizes. In addition, it’s one of the diseases that commonly influence fertility.

About 5% of cases where women can’t get pregnant are because of this condition. Although we still don’t know what causes them, they’re most likely passed down genetically.

Depending on the size and location, they can affect the space around the cervix or inside of it. Therefore, it makes it difficult for sperm to enter.

Other causes and diseases that influence fertility

In addition to the ones we’ve already mentioned, there are many other diseases that influence fertility:

In conclusion, the diseases that influence fertility are mostly from hormonal problems. However, there are other issues in the reproductive system that affect the ability to have a baby.

How Does the Ovarian Reserve Affect Fertility?
The ovarian reserve is the amount of eggs that a woman has at a given time. Depending on the result of this number, the chances of pregnancy can alter. Read more »