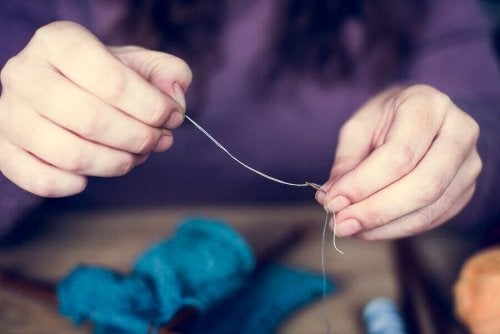 Today, we have pregnancy tests that guarantee a very high percentage of accuracy. We have many options when it comes to pregnancy tests. But how did our ancestors find out they were pregnant? Beyond the absences or delays in the menstrual period, there were homemade pregnancy tests.

What’s interesting is that some of these tests are still being used today, either as a game to pass time, or just an unusual way to test for pregnancy. Are you familiar with these tests? If not, keep reading!

Home pregnancy tests: are they reliable?

Some are based on superstition, others on legends. In any case, no home pregnancy tests are scientifically supported. While they may have worked for some women, we can’t trust them completely.

Several of these tests include collecting urine first thing in the morning and then mixing it with another substance. Whether you’re pregnant or not is determined by the reaction that the mixture has.

The idea is to detect the hormone HCG, which is found in urine and occurs in greater quantities during pregnancy. This is the same finding that was later used to manufacture pregnancy tests that are sold in pharmacies, as well as the tests used by physicians.

Home pregnancy tests have a high fail rate. Yet they’re chosen more than any other option. If you want to confirm that you’re pregnant, it’s best to use a scientifically valid test.

The best time to perform a pregnancy test – at home or not – is two or three weeks after a missed period. Only then does the body begin to secrete more HCG (human chorionic gonadotropin). If you test too early, your results show up negative.

Sometimes, pregnancy symptoms can be confused with those of menstruation since the breasts are more sensitive, there is abdominal pain, perhaps you’re in a bad mood, or experiencing irritation or excessive tiredness. However, there are other symptoms that are specific to pregnancy, such as the famous morning-sickness.

You probably wouldn’t attempt a pregnancy test until you’re sure that you’re far enough along to confirm your suspicions. While you’re waiting for that time to come, feel free to try some of these home pregnancy tests:

If you ask your mother or grandmother, they’ll surely tell you that they’ve used this method, or that they know someone who has. The test consists of collecting the first urine of the morning in a glass.

Then, add a tablespoon of vinegar and let it stand for half an hour without stirring. If there is no change, it means that you’re not pregnant. If it foams or changes color… Congratulations!

This isn’t really a test, but just monitoring your vaginal discharge over a period of time. When you’re pregnant, discharge becomes almost transparent and stays that way for at least a few weeks.

“Home pregnancy tests have a high fail rate. yet they’re chosen more than any other option.“

This is another home pregnancy test that has been used for years, because it seems to work. You need a white bar of laundry soap and, of course, urine.

The test consists of placing the soap in a glass container and then pouring urine over it until it covers  the soap completely. Then, cover and shake a little. If a thick foam forms, the result is positive.

This test is more of a game for the women of the family than anything. For this test, a needle and thread are needed. If you don’t have these, you can use a pendant and a chain.

Thread the needle with about 30 cm (about 12 inches) of thread and then tie a knot in the end. Lie on your bed or sofa and place the needle about 10 cm (about 4 inches) from the belly. Stay completely still and wait a few minutes to see what happens. If it moves without help, it’s because you’re pregnant!

There’s more: according to the movement of the needle, the baby’s gender can be determined. If the movement is in a linear sense, it’s a boy. If the needle moves in circles, it’s a girl.

You can use some of these ideas either just for fun, or as an interesting way to tell your friends and family that you’re pregnant. You never know, it could be exciting!

How to Choose the Right Types of Pregnancy Tests
Do you suspect you may be pregnant? Find out more about the different kinds of pregnancy tests in order to choose the right one. Read more »
Link copied!
Interesting Articles
Before conception
Supplements During Pregnancy: Folic Acid, Iodine and Vitamin B12